What Is Surimi? The Secret Seafood Ingredient That Chefs Don’t Want You To Know

If your go-to comfort meal is seafood then you have most likely had Surimi without knowing! Surimi is a secret ingredient commonly employed by commercial chefs to enhance seafood dishes. Yes, that includes even sushi! But, don't worry, the magic ingredient is absolutely safe for consumption. Read on for more juicy deets about surimi.

Seafood is ingrained into the food industry in various forms and so is Surimi, into most seafood dishes. If you have ever had seafood from any restaurant then there's a high chance that you have tasted surimi.

Unlike many restaurants' claims regarding the constituents of their seafood dishes, most aren't completely made of seafood. Yes, that oyster dish you love so much probably isn't 100% oyster! Instead, the chef might have augmented the texture and flavor of the dish with some Surimi.

That brings us to the burning question: what is Surimi?

Surimi is a gel primarily made from Alaska pollock that's been processed into other kinds of seafood. Depending on how that gel is processed, it can be used as a substitute for a number of types of seafood, including lobster and crab.

read more
Everything You Need to Know Before Cooking Octopus

The use of Surimi has become increasingly popular as global warming continues lowering sea animals. So, although not everyone likes Surimi, it might just be the innovative solution to fish scarcity.

If you're wondering why you have never seen Surimi included on the ingredient list of your meals, then you should know that's because it's hidden under the label, "imitation" seafood. Doing this is misleading because Surimi isn't an imitation of seafood, it is actually seafood!

Surimi seafood was first created by Japanese chefs hundreds of years ago, who saved any extra fish they couldn't use by salting and grinding it into a gel. Because the gel is much cheaper to obtain than other seafood, its use has spread like wildfire around the world.

So, does Surimi pose any danger to human health?

This question remains widely debated. Some experts say that the fish gel has numerous health benefits, including providing high doses of omega-3's, aiding weight loss and helping to tackle inflammation. Although a greater amount of the omega-3's naturally found in pollock are lost during processing, pollock omega-3 oil is added to crabstick before it goes into your sushi.

However, some expert nutritionists argue otherwise. They say that the true constituents of Surimi can never be fully ascertained so it's nutritional benefits can never be determined because it is highly processed.

Surimi is a special seafood gel that is commonly added to seafood dishes. Although highly processed, the fish gel is still commonly used worldwide with some experts believing it to provide nutritional benefits obtained from its mother ingredient — pollock. The concept of surimi might not be entirely acceptable in terms of quality but it might just be the perfect way to tackle seafood shortage. Healthy food hacks 17 celeb beauty secrets you must know about 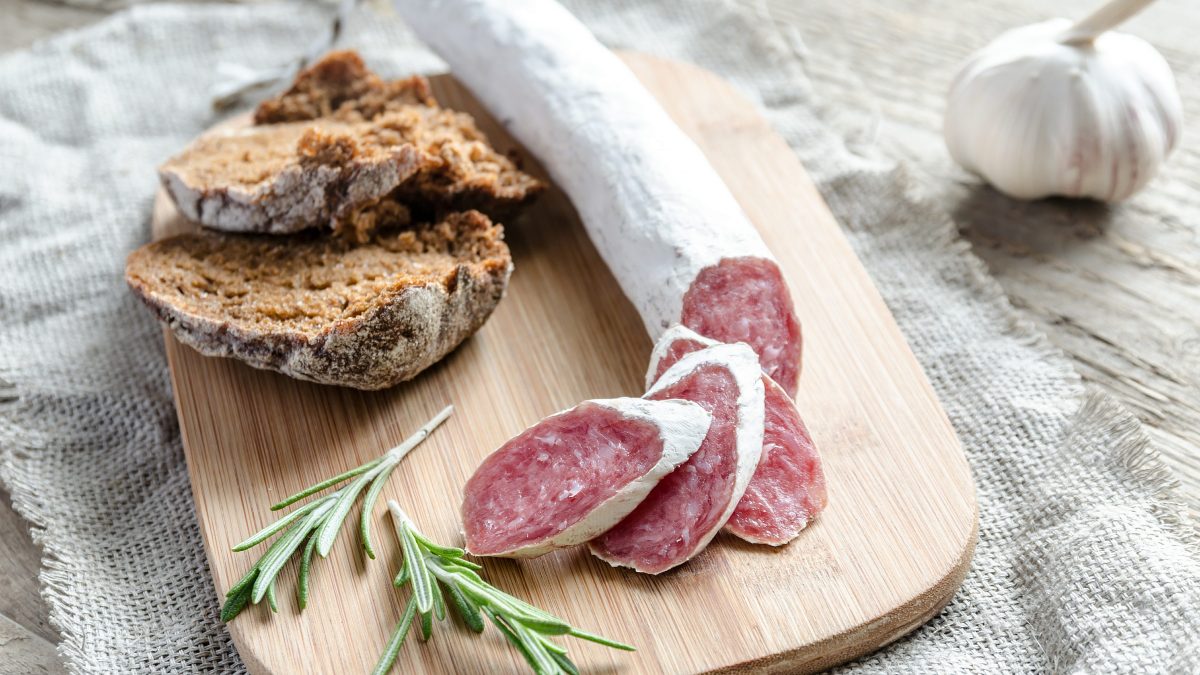 Food news What Is The White Stuff That Coats Salami? (Don't Be Shocked When You Find Out)