What’s the difference between butter and margarine?

Social media seems to have taken to sharing the perceived dangers of margarine on a wide scale. Among some of the worrying claims are that margarine is only one molecule away from being plastic, or that it was originally invented to be animal feed. Another common one is that margarine doesn’t decompose at room temperature like butter; therefore margarine has no nutritional value.
Healthy food hacks
by Cookist

Have you heard some of the rumors floating around the internet lately about margarine? Social media seems to have taken to sharing the perceived dangers of margarine on a wide scale. Among some of the worrying claims are that margarine is only one molecule away from being plastic, or that it was originally invented to be animal feed. Another common one is that margarine doesn’t decompose at room temperature like butter; therefore margarine has no nutritional value.

So what’s the truth about margarine? Dr Laurence Eyres, Chairman of the Oils and Fats Specialist Group, which is a division of the New Zealand Institute of Chemistry, cuts through the myths and fears surrounding margarine.

Margarine is one molecule away from being plastic

Did you think margarine was an unnatural modern invention? Think again. A Frenchman called Hippolyte Mege-Mouries invented margarine in 1869. And no, he didn’t invent it for animal feed either.

Napoleon III wanted a cheap and tasty alternative to butter that would store well on long ship’s voyages without going rancid, so he created a competition to come up with the best one. Mege-Mouries won the competition with his margarine, which became very popular in France, where butter was expensive and scarce at that time.

Eyres says it’s ridiculous to suggest that margarine and plastic are the same. He compares this to ethanol and methanol, which are very similar. However, ethanol can be safely consumed in alcoholic drinks, but drinking methanol causes blindness and death.  You can safely eat margarine, Eyres says, because that one-molecule difference is substantial in scientific terms. Many organic compounds like fats contain carbon, hydrogen and oxygen, and many have similar constructions, but that does not mean they are the same.

The original manufacturing process of margarine was achieved by adding hydrogen to the vegetable oils to solidify them. This produced large quantities of trans-fatty acids, which scientists subsequently discovered increased the risk of cardiovascular disease.

Margarine manufacturing has changed a lot since those days, with Australasian manufacturers removing the need to use trans fats around 15 years ago, so the threat of trans fats has been gone for some time.

Most of the products that we call margarine these days are actually spreads. Margarine has to contain 80 per cent fat by law, and if it has less than fat than this it has to be called a spread. Most of the supermarket spreads contain about 65 per cent fat, some of which can provide cholesterol-reducing blends of plant sterol esters and unsaturated oils.

Dr Eyres says this is because margarine is more microbiologically stable and it doesn’t decompose as quickly because it’s not made out of milk, like butter. Micro-organisms love protein-rich milk products, and will thrive in them. This is why butter goes bad a lot quicker than margarine.

The Heart Foundation recommends using margarine instead of butter. They say that while a small amount of butter can be enjoyed by most people, there is evidence to say that replacing saturated fats with unsaturated by swapping from butter to margarine spreads is a good move health-wise. 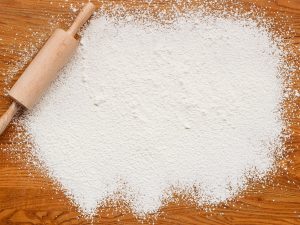 Difference between unbleached and bleached flour
25 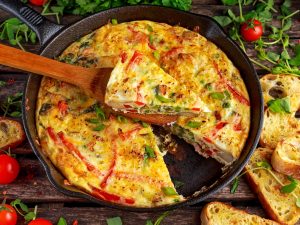 Here Are The Major Differences Between Egg Frittatas And Omelets
289 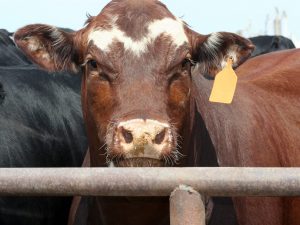 Difference between the grass and grain fed beef
1 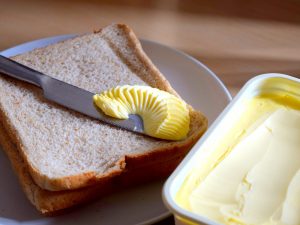 Is it better to use butter or margarine in desserts? Here are all the answers
104 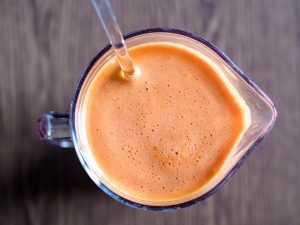 Differences between juice extractor and centrifuge: all you need to know
58 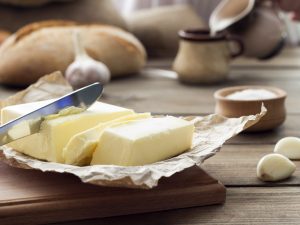