Here are 10 scientifically-backed reasons you should think about including fava beans in your diet.
Healthy food hacks
by Cookist

Fava beans are also known as broad beans, and are green legumes that come in pods. They taste slightly sweet, with an earthy undertone, and are full of minerals, vitamins, fiber, and protein.

Here are 10 scientifically-backed reasons you should think about including fava beans in your diet:

Fava beans are rich in plant protein, folate, and other vitamins and minerals. They also contain a lot of fiber (9 grams per cup), that can help digestion and lower cholesterol levels.

They contain less than 1 gram of fat per cup, and have 13 grams of protein, as well as containing manganese, copper, phosphorous, magnesium, iron, potassium, thiamine, and zinc.

Fava beans contain a compound called levodopa (L-dopa), which your body converts to dopamine. As Parkinson’s disease kills off dopamine-producing brain cells (which leads to tremors and other symptoms), the symptoms are usually treated with medication containing L-dopa. Eating fava beans may also help reduce the symptoms of Parkinson’s disease, but research is limited on this.

A study of 11 people with Parkinson’s disease found that when they ate 1.5 cups of fava beans after 12 hours without medication, the subjects showed comparable positive effects on blood dopamine levels and motor functions as drugs containing L-dopa.

Folate is a nutrient that promotes healthy fetal development, and fava beans are full of it – they contain 40% of the DV for folate in only 1 cup.

An expectant mother needs extra folate from foods and supplements to reduce the risk of neural tube defects or brain and spinal cord issues in her baby.

One study of more than 23,000 women revealed that the incidence of brain and spinal cord problems was 77% lower in babies of mothers who ate more dietary folate, compared the babies of the women who ate the least amount of folate.

4. May Help Boost Your Immune System

Fava beans are rich in compounds that could enhance antioxidant activity, making them more effective at fighting harmful free radicals in your body.

A test-tube study showed that treating human lung cells with fava bean extract increased their antioxidant activity by up to 62.5%.

Fava beans also contain compounds that can enhance the effect of the antioxidant glutathione in cells, and this can delay cellular aging.

Manganese and copper are two nutrients the body needs to prevent bone loss, and fava beans are a good source of it.

A study of post-menopausal women who had weak bones found that when they took a manganese and copper supplement (also containing vitamin D, calcium, and other nutrients), their bone mass improved.

Fava beans are rich in iron, which is needed to produce hemoglobin to allow your blood cells to transport oxygen around the body.

Iron deficiency can lead to anemia, which often presents as fatigue, weakness, dizziness, and shortness of breath.

Fava beans contain a form of iron that is absorbed better when eaten with vitamin C from foods such as citrus fruits or bell peppers.

They are not recommended for people with a genetic disorder called glucose-6-phosphate dehydrogenase deficiency, as eating fava beans can cause another blood problems called hemolytic anemia.

A 10-year study of 28,349 women showed that those who ate more dietary magnesium were less likely to develop high blood pressure than those who ate lower levels of the mineral.

8. Could Help with Weight Loss

One cup of fava beans gives you 13 grams of protein and 9 grams of fiber, all in only 187 calories.

Eating a diet rich in protein and fiber could improve feelings of fullness, which could lead to a lower calorie intake.

A small study of 19 adults found that a diet of 30% of calories from protein increased their feelings of fullness and dropped the calorie intake by an average of 441 calories a day compared with a diet that had the same number of calories, but only 15% of them coming from protein.

The majority of the fiber in fava beans is soluble and could help lower cholesterol levels.  Soluble fiber absorbs water in your gut, and forms a gel-like substance that can soften your stool and promote healthy bowel movements.

A three-month study of 53 healthy adults showed that those who ate 2 extra grams of soluble fiber per day had a 12.8% decrease in harmful LDL cholesterol, compared to the group that ate less fiber.

10. Easy to Incorporate into Your Diet

Fava beans are a good addition to snacks and meals, and they are easy to prepare.

Remove the green pods, then boil the beans for 30 seconds before putting them in a bowl with ice water. Doing this will soften the outer coating of the beans, and make it easier to peel off.

The peeled beans can be steamed and tossed in olive oil and seasonings to be eaten whole, or smashed up to go on top of toast or other dishes.

To roast the beans, boil them for 30 minutes, drain and add olive oil. Spread them on a baking sheet and roast for another 30 minutes at 375 F/190 C.

The cooked beans can be added to salads, rice, risottos, pastas, soups, and pizzas. 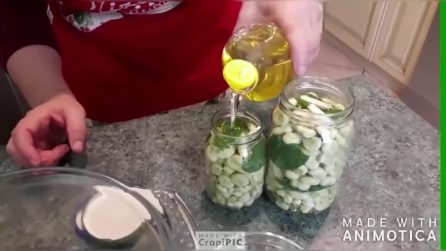 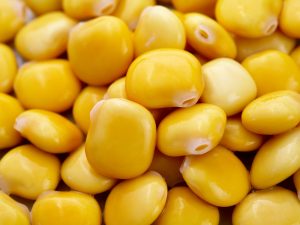 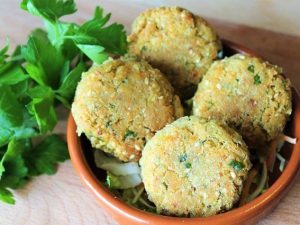 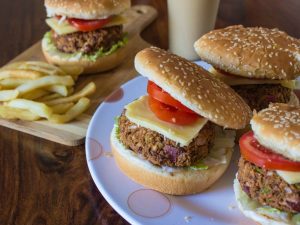 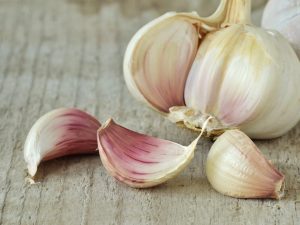 7 reasons to include garlic cloves in your regular diet
361 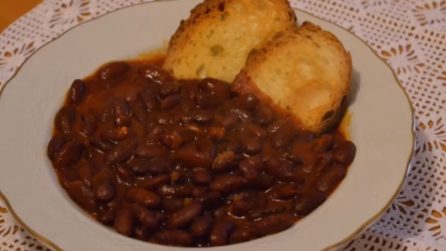