Chickpeas are legumes with a mild, nutty taste, and chickpea flour is usually made from a type called Bengal grams.

Chickpea flour, which is also known as gram, besan, or garbanzo bean flour, is used as a staple in Indian cooking.

Chickpeas are legumes with a mild, nutty taste, and chickpea flour is usually made from a type called Bengal grams.

You can easily make this flour at home, and it’s a gluten-free alternative to wheat flour.

One cup of chickpea flour contains a bit more folate than you need each day, and this vitamin is important for pregnant women.

Chickpeas contain antioxidants called polyphenols, and these compounds help the body to fight against harmful free radicals, which are thought to contribute to the development of various diseases.

Plant polyphenols have been shown to decrease free radicals in food, and reverse some of the damage they can do to the body.

Chickpea flour is also being studied for its ability to reduce the acrylamide content of processed foods. Acrylamide is an unstable byproduct of food processing, and it can be found in high levels in flour and potato-based snacks.

This substance is a potential cancer-causing agent, and has been linked to reproductive problems, nerve, and muscle issues, as well as hormone and enzyme activity.

One study found that using chickpea batter on potato chips decreased acrylamide formation, compared to potato chips that had been treated with other antioxidants from oregano and cranberry.

Research also found that shortbread cookies made with a blend of wheat and chickpea flour had 86% less acrylamide than when the same cookies were made with only wheat flour.

Chickpea flour is a good alternative to wheat if you’re counting calories – 1 cup has around 25% fewer calories than wheat flour.

Researchers believe that keeping portion sizes that you’re used to, but choosing foods with fewer calories is a better weight loss strategy than just eating less.

Replacing wheat flour with chickpea flour may help you cut the calories without having to change your portion sizes.

4. Could be More Filling Than Wheat Flour

A review of studies in 2014 noted that including legumes (like chickpeas) increased feelings of fullness after a meal by 31%.

Chickpea flour itself may decrease hunger, though not all studies agree on that. One way it may reduce hunger is by regulating the hunger hormone ghrelin. Lower levels of ghrelin are thought to promote feelings of fullness.

5. Has Less Impact on Blood Sugar Than Wheat Flour

Chickpea flour has around half the carbs of wheat flour, and it may affect blood sugar differently

Glucose, which your body prefers to use for energy, has a rating of 100 on the glycemic index (GI), which means it increases your blood sugar fastest of all the foods. White flour has a GI of around 70, which means it has a significant effect on raising blood sugar.

Chickpeas have a GI of 6, and snacks made from them have around 28-35. They are low GI foods that have a more gradual effect on blood sugar than white flour, or even whole-wheat flour.

Chickpeas are naturally high in fiber, and so is chickpea flour.

One cup provides around 10 grams of fiber, which is triple the amount of fiber in white flour.

Fiber has numerous health benefits, and chickpea fiber has been associated with improved blood fat levels. Chickpeas also contain a type of fiber called resistant starch. In a study looking at the resistant starch content of several foods, roasted chickpeas ranked in the top two alongside unripe bananas.

Resistant starch remains undigested until it reaches your large intestine, where it becomes a food source for your healthy gut bacteria. This type of fiber has been linked to a reduced risk of conditions including heart disease, type 2 diabetes, and colon cancer.

Protein is used by the body to build muscle, and recover from injury and illness, and it has a role in weight management. High protein foods help you to stay fuller for longer, and your body has to burn more calories to digest these foods.

Chickpeas are a great source of protein for vegetarians and vegans, as they contain 8 of the 9 essential amino acids that must come from your diet.

Chickpea flour is a good substitute for wheat flour as it has a better nutrient profile than refined flour, as it contains vitamins, minerals, fiber, and protein, but fewer calories and carbs.

As it doesn’t contain wheat, it’s good for those with celiac disease, gluten intolerance or wheat allergy.

Here’s how to make chickpea flour at home with just dried chickpeas, a cookie sheet, food processor and sifter.

Sift the flour to remove any large pieces that didn’t grind down. You can discard these bits or run them through the food processor again.

Store the chickpea flour at room temperature in an airtight container. This way it will keep for 6-8 weeks.

Use chickpea flour in different ways:

To replace wheat flour in baking Combined with wheat flour to improve the healthiness of your baked goods As a natural thickener in soups and curries In traditional Indian dishes, such as pakora or dessert pastries To make pancakes As a light breading for frying foods 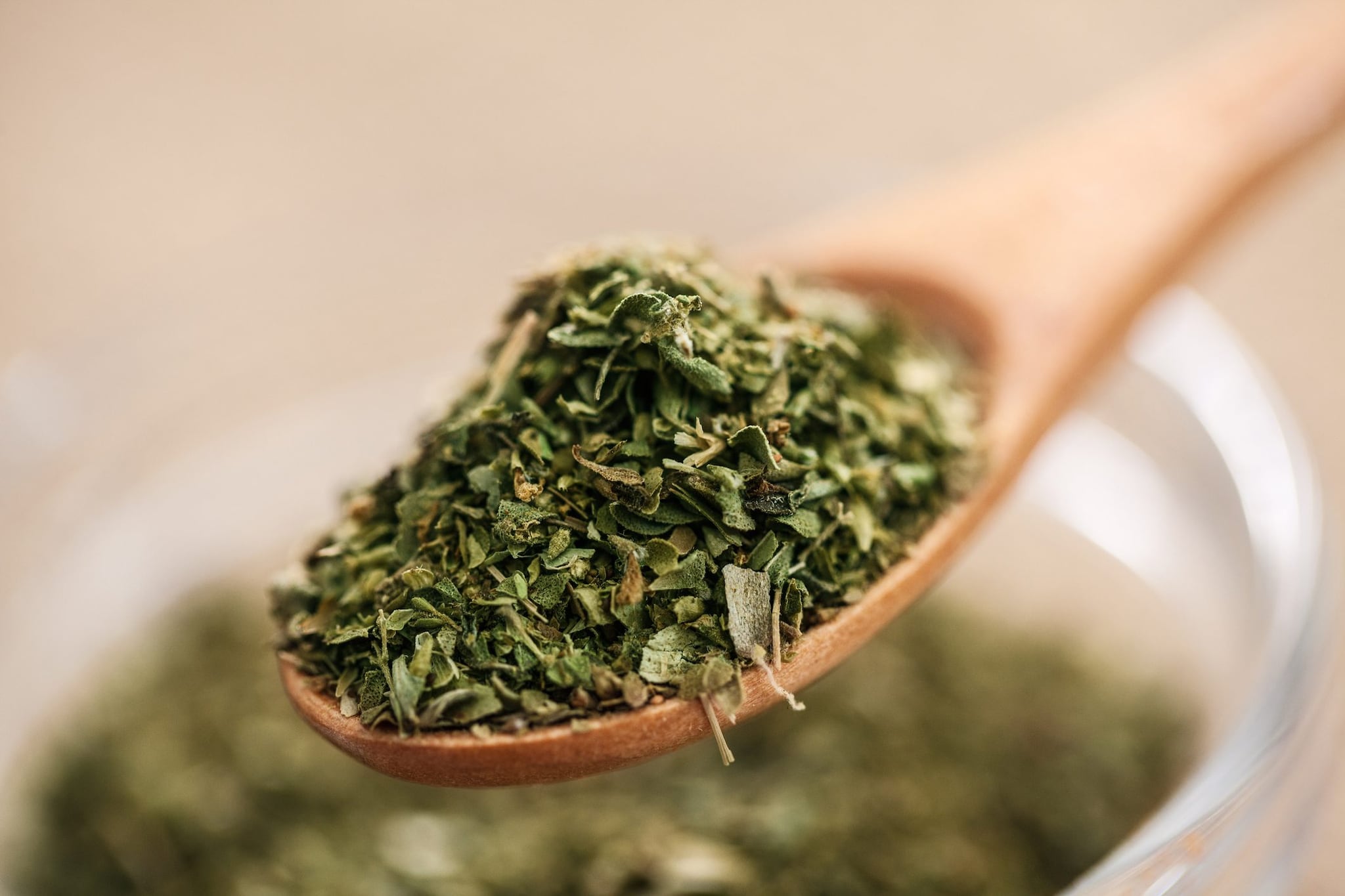 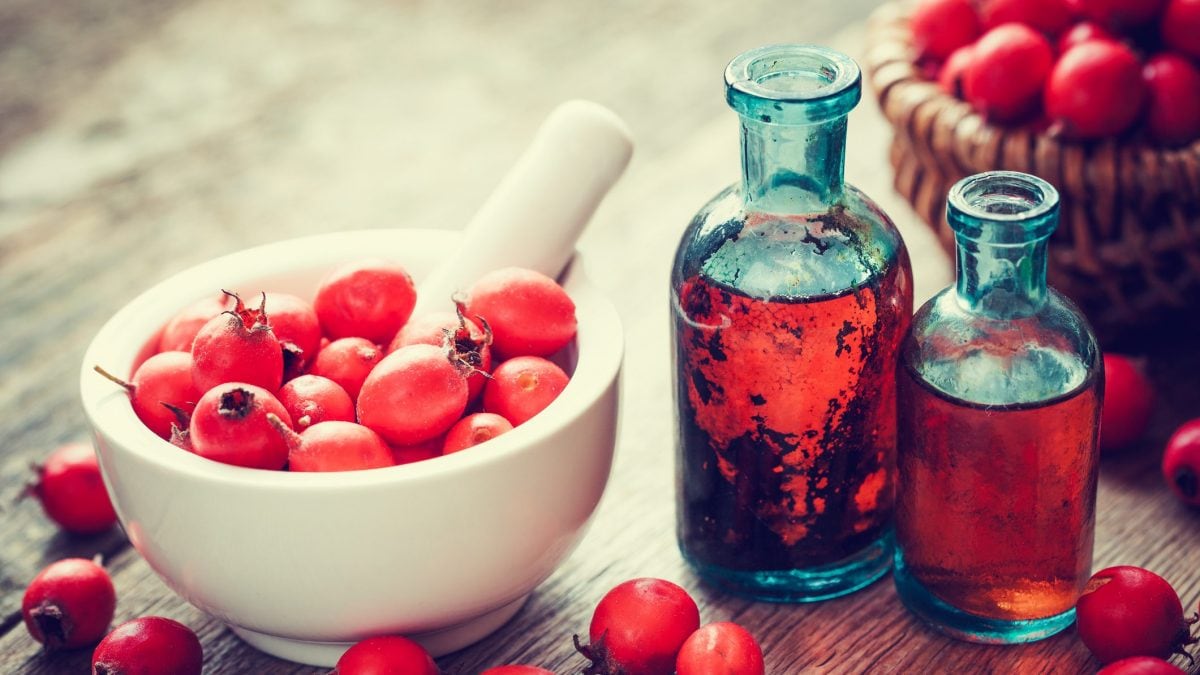