Don’t worry, it’s not made with pasta! This is a novel dessert idea that takes the classic cinnamon roll and builds a ‘lasagne’ with layers of the rolls and spiced apple pieces. The dessert is then cooked in the oven to make a heavenly, fragrant, and tasty treat that’s just the ticket for these cold winter days.

Roll or flatten them out on a floured work surface until thin. You’ll need the flour as the rolls will stick to the rolling pin or your hands!

Arrange the first layer of flattened cinnamon rolls at the bottom of the dish.

Spread half of apple mixture on top of the rolls, and drizzle 2-3 tablespoons of caramel sauce on top. Cover with another layer of flattened cinnamon rolls.

Allow to cool for at least 30 minutes, and drizzle with icing that comes with the cinnamon rolls (this is optional, as the dessert is sweet enough without it). Slice and serve. 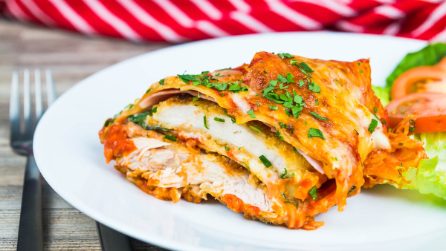 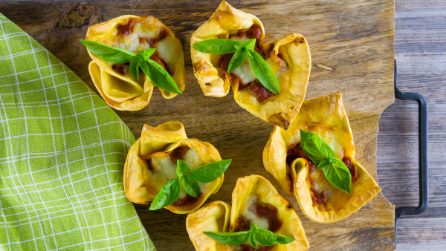 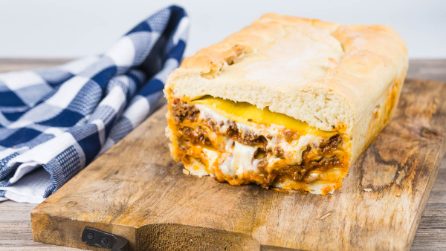 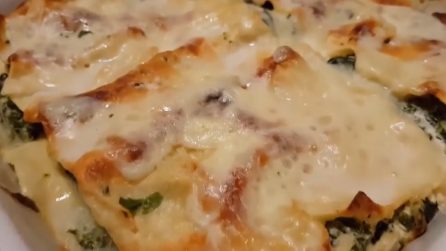 489 • by Love Kitchen
Spinach & Ricotta Lasagne: The White Version Of The Classic Recipe
201 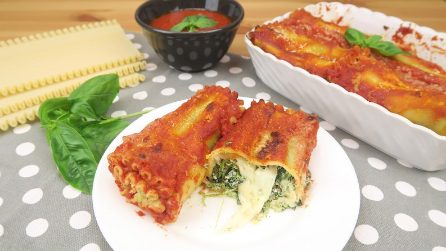