Don’t think for a moment that these indulgent little bites are hard to make. This recipe is quick and easy based on the flavors of classic cinnamon rolls. Using store-bought pastry means you’re cutting down on a lot of time that would be spent in the kitchen, and you don’t need any yeast. The apple filling is perfect for this time of year too, so if you’re a fan of apple pie and cinnamon rolls, you’ll love these Cinnamon Roll Muffins! Crispy pastry, and a rich, flavorful filling. Serve with creamy ice cream, and you’ll have a dessert that will impress even picky eaters!

How to Make Cinnamon Roll Muffins

Unlike traditional cinnamon rolls, these Cinnamon Roll Muffins are super easy to make. Unroll the dough and spread with melted butter and cinnamon. Roll up the pastry, and slice into rounds. Press the rounds into a muffin tin, and fill with the apple cinnamon filling.

To make the tops, place the remaining pastry rounds on a piece of parchment paper, and place another paper on top. Roll them out to flatten. Use a biscuit cutter to cut out large rounds. Place the rounds on top of the apple filling and seal the edges.

You can also serve these Cinnamon Roll Muffins with a cream cheese frosting to dress them up. Mix together 2 oz softened cream cheese, 1 cup powdered sugar, 1 tbsp milk, and a bit of vanilla extract. Drizzle over the baked muffins.

To make sure they come out nice and fluffy, don’t overbake them!

Because these muffins are made with a pastry, boxed cake mix won’t work, but you can use store-bought pastry dough!

How to Store Cinnamon Roll Muffins

Store leftovers in the fridge (in an airtight container) for up to 3 days. The pastry will soften somewhat.

Roll out the pie dough and grease with butter.

Roll the pie dough into a long roll.

Cut off both ends, cut the roll into pieces.

Put 4 pieces into each muffin shape and make nests, then grease them with egg wash.

Into a bowl add sugar, some flour and cinnamon, mix it. Add chopped apples and mix well.

Using cutters, make circles and cover nests with them.

Grease with egg wash again, sprinkle with some brown sugar. Make holes in the center of the tops.

If you’re short on time, you can use store-bought cinnamon roll pastry (by Pillsbury) and fill it with the apple filling. 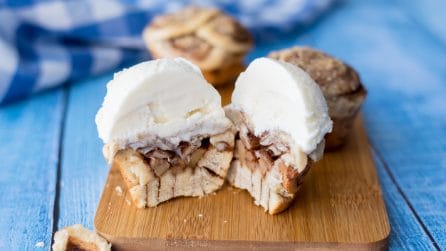 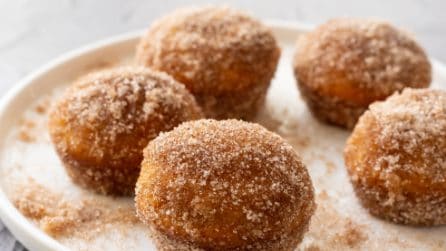 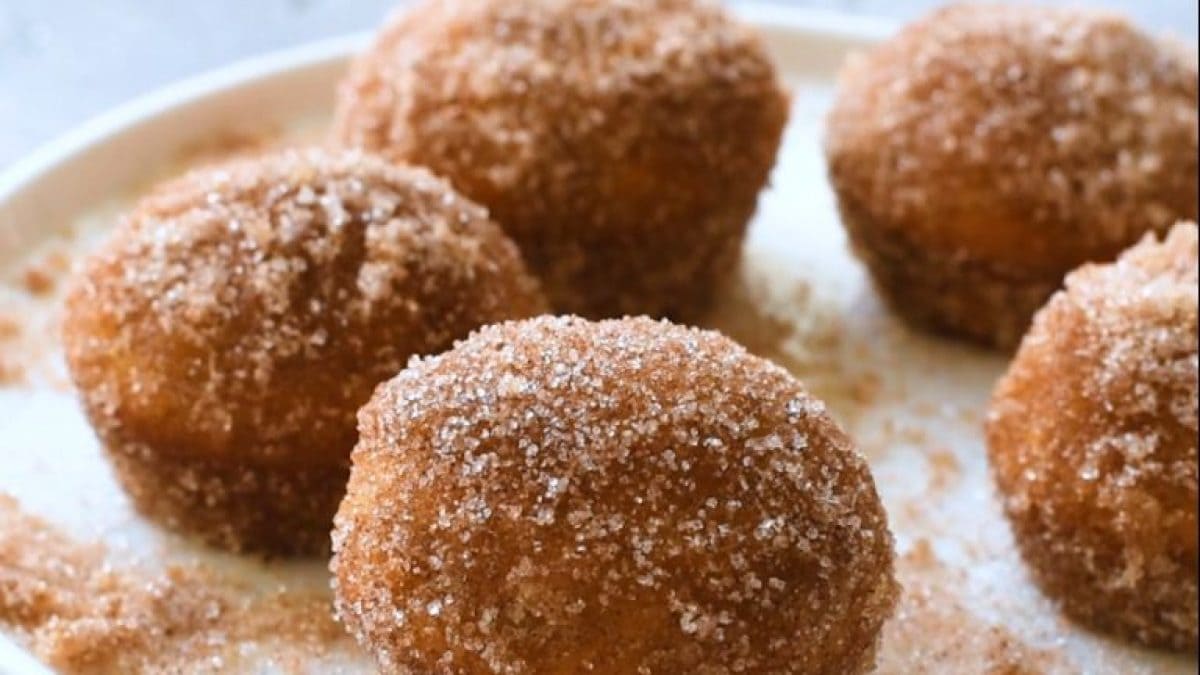