Are fermented foods healthy? What they are, how they are made and which are the best to eat

Everything can be fermented and it brings many anti-inflammatory and depurative benefits to digestion (but this is not certain, we will see later).
Healthy food hacks
by Cookist

One step forward, to go back. A mood of modern cuisine that is rediscovered in the traditions and that is bringing fermented foods back in fashion. It would be a new trend, but the conditional is a must because so many foods we are accustomed to undergo this chemical process: just think of yogurt or beer, wine, cheese, and also many vegetables.

This method, discovered to better preserve food, has very ancient origins. In fact, fermentation is the basis of many traditional recipes in Japanese, Mexican and Mediterranean cuisine, which are the only three diets declared World Heritage by UNESCO. Everything can be fermented and it brings many anti-inflammatory and depurative benefits to digestion (but this is not certain, we will see later).

By fermentation we mean the transformation of organic substances by microorganic enzymes: the "metabolic way" that allows living beings to derive energy from particular organic molecules, in the absence of oxygen. But not all fermentations are healthy because some constitute an unintended alteration, anyway it is clear that the relationship with the world of food and wine comes from afar because the term derives from the Latin Fervere, that means “to ferment”, and it was born thanks to the observation of the must during the production of wine in Ancient Rome.

Alcoholic fermentation has been used since ancient times in the production of wine, beer and bread: glucose and fructose are transformed into ethyl alcohol. In wine this process is natural because the two monosaccharides are naturally contained in grapes, while in the case of barley and wheat, for beer and bread, starch must be boosted with glucose.

To see René Redzepi's new menu at Noma, it would seem that one of the best chefs ever is certain of the answer: yes, they are healthy. The Danish chef's latest proposal is all based on fermentation, fermentation of everything. The Guardian has made an inquiry into this "new thing" of fermentation, speaking with many professors from prestigious universities and the synthesis is that yes, they are actually healthy because there are good bacteria even if we do not know how much good they are.

According to scientists, it is certain that eating probiotic foods, or foods or supplements that contain beneficial bacteria, help the intestinal flora, and fermented foods are considered an excellent source of these desirable microbes. It is then recommended a diet rich in fermentation for children on antibiotics, because the bacteria counteract the negative effects of the most common medicines. They can help relieve the symptoms of irritable bowel syndrome and lactose intolerance.

However, the scientist highlight that  "the current state of evidence does not prove that probiotics have any effect on intestinal bacteria in healthy people. Given the limitations of these studies, this does not mean that all probiotics have no effect. Further high quality research is needed on their use". The study of microbes, also thanks to the attention of the media and the agri-food industry, is at the center of the scientific community's interests, so new data could arrive shortly. To date we know that they are good for sick people, especially people with intestinal problems, but it is still not clear how the healthy human body reacts to this type of food.

Given the current impossibility of knowing with certainty why fermented foods are good and how, we can only suggest certain fermented foods that can help intestinal flora and, more generally, the whole digestive system. Some are in common use, such as yoghurts, others instead of a more exotic origin: here is the list of fermented foods to be included in the daily diet.

Let’s start from the most famous fermented food, the yogurt that is obtained thanks to the inoculation of the lactic ferments of which we talked and their proliferation, making the milk undergo a fermentation process.

Those typical white strands from Bavaria, the sauerkraut, are nothing but the product of a fermented cabbage. They are obtained by adding salt to the vegetables which are left to rest for a few weeks.

Those big and difficult to open jars we've known thanks to the American TV series are rich in vitamins C and A and they can stabilize blood pressure. Pickled gherkins are nothing but unripe cucumbers fermented in an acetyl solution.

Do we really need to add anything? In this case let’s just mention Wikipedia: "an alcoholic beverage obtained from the fermentation of must based on barley malt, flavored and bittered with hops". Beer, along with wine, is in fact one of the oldest fermented products.

In particular, we are talking of blue-veined cheeses: gorgonzola cheese, stilton, roquefort. The long aging position these cheeses into the world of noble molds, rich in vitamins, minerals and proteins.

It's almost part of our normal diet, since we often find ourselves eating in ethnic restaurants. Soy sauce is the condiment par excellence of Asian cuisine and it is obtained by fermenting soybeans. Perfect for seasoning vegetable or rice dishes.

N.B.: When eating sushi it is strictly forbidden to dip the rice in soy sauce. With the chopsticks or hands, bring the piece of sushi (the fish part) towards the bowl, dip gently and eat in one bite. Let’s not offend Japanese friends. 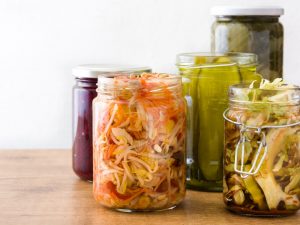 What Are Fermented Foods and Why Should You Eat It Every Day?
223 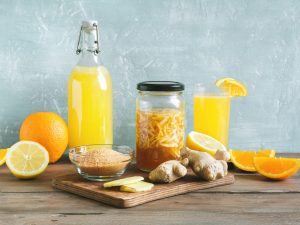 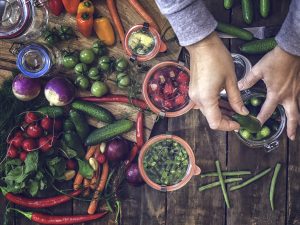 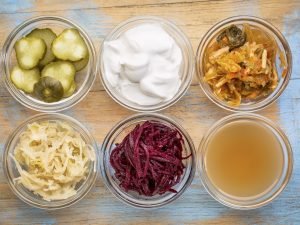 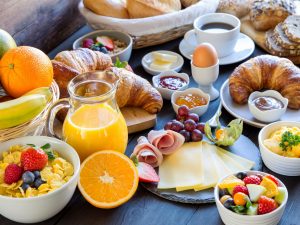 Comparing Breakfast Options - Which Is Best? 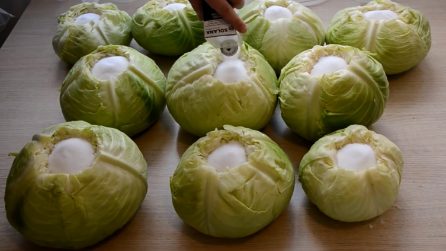