Today I will tell you about the buttercream frosting (also called butter glaze), giving you my personal recipe and some ideas to change it according to your tastes and according to the way you want to use it. That's right, because starting from the basic recipe you can decide to aromatize it, color it and use it to stuff, decorate or to isolate cakes from sugar paste.
It is a cream usually used in the preparation of American desserts. The butter cream can be used from cupcakes to cakes, but it is also excellent to taste as you would do with any filling cream, but also as a "stucco" to ensure that your cakes decorated in sugar paste are perfect.

How to make the best buttercream frosting

As a rule, the preparation of butter cream does not involve the use of heat, except if in the versions with eggs you want to pasteurize them by preparing a syrup or a meringue (specifically the Italian one or Swiss one, while for the French meringue there is no baking), but also in this case the butter will not be heated (in fact, the meringue base must be at room temperature before being added to this).

Cut the butter into small pieces and whip it with a whisk until it becomes frothy as whipped cream. To perform this operation you can use both a hand and an electric whisk; an excellent result is also obtained using kitchen robots.

Add the confectioner’s sugar, one spoon at a time, stirring gently; when it is difficult to blend it, add the milk (just what you need to make the mixture spreadable) and continue until all the sugar has been incorporated into the mixture.

Aromatize and color the butter cream

To aromatize and color the butter cream is very easy. You can use liquid aromas instead of milk, you can try with liqueurs (whiskey, rum and brandy are perfect), syrups, coffee, melted chocolate, but also fruit puree; if instead you want to aromatize the butter cream with something creamy like hazelnut cream or solid like orange peel, all you have to do is add a teaspoon to the dose of cream you'll get with my recipe.
To color the butter cream, instead, you can use both food colors in gel and powder. In the latter case, dissolve the pigment in the milk or in the liquid you have chosen to flavor the cream. Personally I prefer powder colors because they are easier to modulate; moreover, they are more suitable if you want to obtain intense colors.

The best butter cream to glaze and decorate is considered the one with meringue base, instead if you want to stuff it is preferred the French or German version, while an excellent insulator is the basic version that includes only butter and confectioner’s sugar with at most a tablespoon of milk.

What is the difference between Buttercream frosting and a regular ganache?

On the Internet, but also in many recipe books, we find the words “frosting” and “icing” used indistinctly for butter cream. But, by a linguistic point of view, for “frosting” we will mean a cream closer to an almost moldable paste that is basically added to our preparation with a sac à poche, while for “icing” we will mean an almost drizzling cream much easier to spread. We can therefore say that the butter cream is both things depending on the proportions that we will choose between fats and sugar and liquids.

From a geographic point of view, the term “frosting” is more used in America, while the term “icing” is more used in England. “Ganache” and “royal icing” are two completely different things; a “ganache” is the combination of chocolate and cream (usually in the ratio of 1:1), while “royal icing” is a glaze obtained from the union of egg whites and confectioner’s sugar.

How to store buttercream frosting

You can preserve the butter cream in a hermetically sealed container put in the refrigerator, even if it resists well (especially with large percentages of confectioner’s sugar) also at room temperature. It is also possible to freeze butter cream for future use. The only disadvantage of preservation is the fact that butter cream solidifies, therefore it will require further processing with whisks once defrosted or taken out of the refrigerator (the better thing is to let the cream return to room temperature before working it); that's why I suggest you to prepare it when you need it.

It is advisable to prepare the butter cream just before its use as it tends to thicken at room temperature and, even more so, in the refrigerator. If you will use the butter cream for cupcakes or for sugar paste cakes, choose the tool you feel most comfortable with.

Over the years, and depending on the size and shape of the cake on which I had to work, I changed many tools, and I deduced that spatulas but also simple knives are fine, the important thing is that the cake is completely covered with butter cream.

If instead you want to use the butter cream to stuff or decorate, your best ally will be the sac à poche; but if you do not feel confident in using it, do not worry, even a very simple tablespoon can give you a great satisfaction. In the kitchen, the important thing is to feel good! 😉 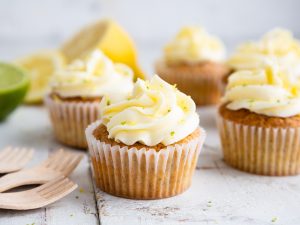 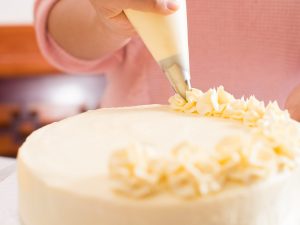 Here Are 6 Different Types of Buttercream You Should Master!
2.858 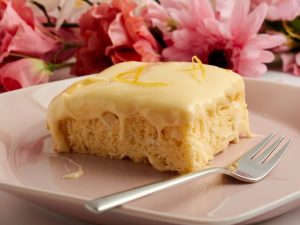 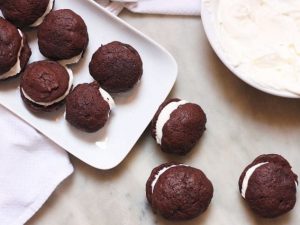 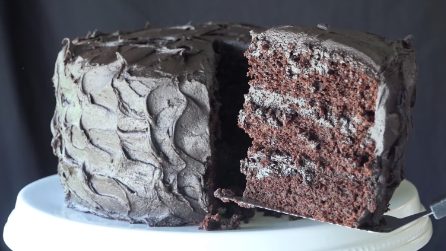 17.465 • by Love Kitchen
Chocolate Cake with a delicious frosting: the cake you've been dreaming of
833 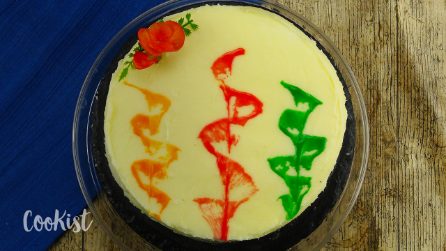