Chicken and speck rolls: the quick recipe for a really tasty second course

The chicken and speck rolls are the best for a quick and tasty dinner or for a second course, an alternative to the classic chicken rolls to be served with seasonal vegetables, salad or potatoes, to complete the dish in the best way. In our recipe we made the filling with spinach and stringy cheese, you can use the fontina cheese to give the dish a very special taste, all covered with slices of speck and flavored with sage and rosemary. A simple recipe that is prepared in a short time, for a really tasty second course with meat. Here's how to prepare them!

Crush the chicken slice making it rather thin: beat it with the meat tenderizer by wrapping it first in the parchment paper. Season with salt and pepper (1) and then place the previously boiled spinach and the soft cheese on top. (2) Finally roll the slice of chicken breast on itself forming a roll. (3) 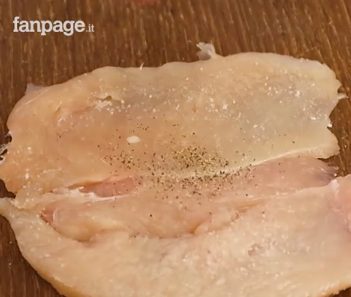 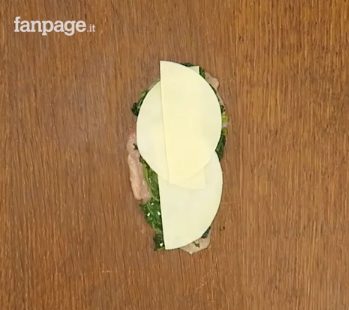 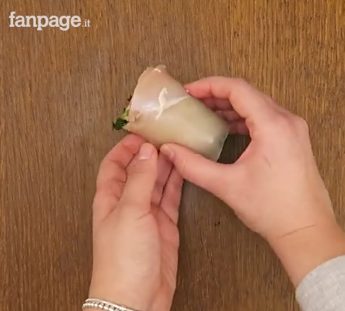 Prepare two slices of speck on each plate for each roll. (4) Wrap them well so that they are covered well by the speck (5) Once you have completed the four rolls put them in a baking pan, add a little extra-virgin olive oil, some sprigs of rosemary and some sage leaves (6). Bake in oven at 180 ° for 25 minutes and taste them hot. 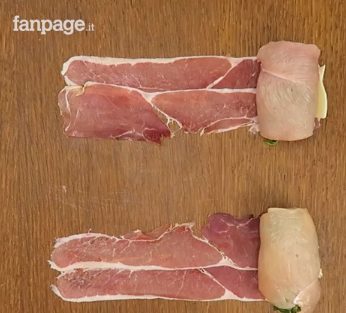 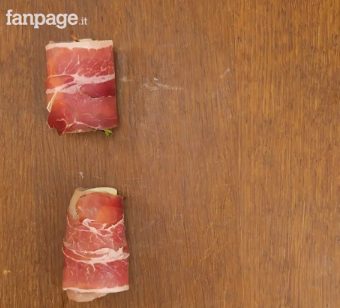 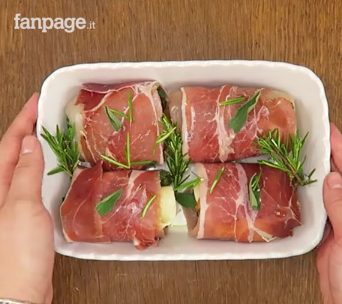 – Buy the chicken breast already cut into slices and, if necessary, beat them to make them thinner.

– The speck should have a medium thickness: the slices must in fact be resistant to wrap the chicken breast without breaking.

– If you want to make chicken and speck rolls just cut the roll into slices that you will then stop with a wooden toothpick. In this case, however, insert the slice of speck inside the chicken breast along with the slice of cheese. Place them in a baking pan, brush them with oil and add rosemary. Cook at 180 ° degrees for 20 minutes turning the rolls halfway through cooking.

– To make a second course of meat also suitable for children you can replace the slice of speck with cooked ham.

– If you want to cook the chicken and speck rolls in the pan, heat the oil with the poached garlic, then add the rolls and brown them for about 15 minutes on both sides, turning them often. Halfway through cooking remove the garlic, sprinkle with white wine and let it evaporate over medium heat, turning them at least a couple of times, add salt and pepper and finish cooking. Always serve hot. 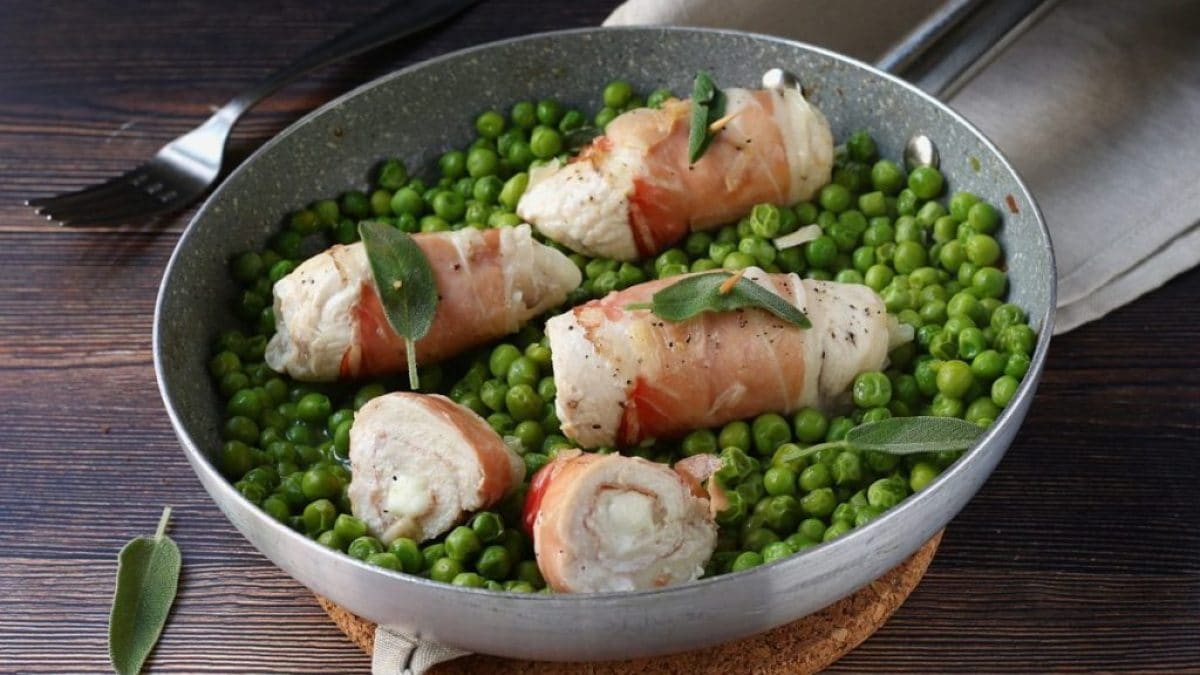 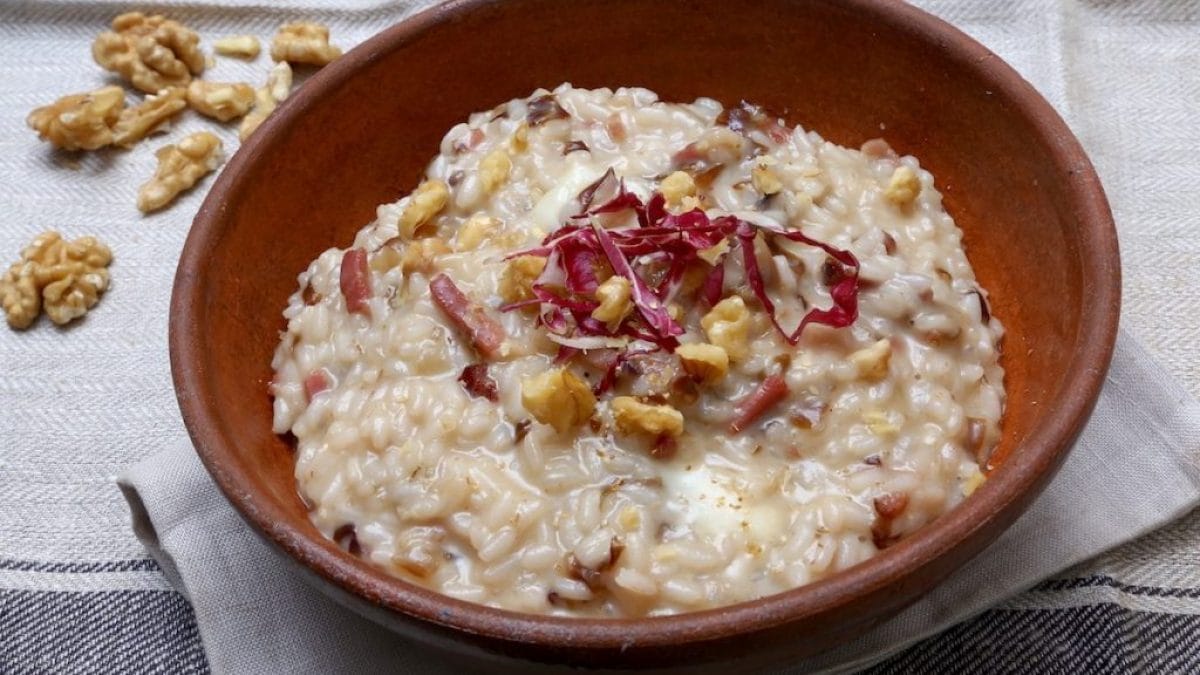 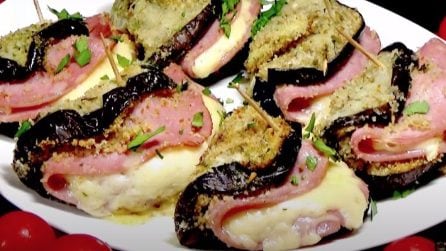 Stuffed eggplant: the recipe for a quick and tasty second course
Views
932