Cornbread Stuffing: a mouthwatering Thanksgiving recipe to try this year

Making the cornbread from scratch is what really sets this stuffing recipe apart from the rest. It's a million times better than anything from out of a box. If you want to whip up an irresistible Thanksgiving side dish that will have your friends and family heading back for seconds, you need to make this easy sausage cornbread stuffing!

What is the Difference Between Cornbread Stuffing and Dressing?

Stuffing and dressing are essentially the same thing, but there's one major difference between the two. Stuffing is cooked inside the turkey (or other types of poultry) while dressing is cooked outside of the bird. The two terms are used interchangeably.

For the stuffing, fresh herbs like parsley, thyme, and sage scent the dish a wonderful fragrance and complement the savoriness of the sausage. Dried cranberries give it a pop of sweetness. Chicken broth will infuse your stuffing with flavor and keep it lovely and moist.

How to Make Cornbread Stuffing

The first step to making out-of-this-world cornbread stuffing is to make the cornbread. Whisk the milk and vinegar in a bowl and leave it for several minutes until the milk curdles. Once it curdles, whisk in the honey, butter, and eggs. In a separate bowl, combine the dry ingredients, then gently fold the dry ingredients into the wet ingredients. Transfer the batter to the baking dish and bake the cornbread at 425F for 16 to 20 minutes, or until it turns a lovely golden brown. Take it out and let it cool. When the cornbread has cooled, chop it into 1-inch cubes, then toast them for 15 minutes at 300F.

Now it's time to start making the casserole. Crank your oven up to 375F. Beat the eggs and chicken broth in a very large bowl. Sauté the vegetables until they soften, then stir in the sausage. Add in the cranberries and herbs, then take the skillet off the heat and let the mixture cool slightly. Stir the sausage mixture into the broth, then gently stir in the cornbread, mixing everything until the cornbread becomes moist. Transfer the cornbread mixture to the casserole dish. Bake the cornbread stuffing for 35 to 40 minutes. Serve it warm with roasted turkey, mashed potatoes, and other classic Thanksgiving dishes.

Tips for the Best Cornbread Stuffing

While homemade cornbread tastes best, you can buy cornbread or use a cornbread box mix to simplify your cooking and cut down your time in the kitchen.

Use room-temperature ingredients when you're making the cornbread. This will help the ingredients mix together more evenly.

You'll know your cornbread is done cooking when a toothpick inserted into the center comes out mostly clean and crumb-free.

You can make the cornbread a few days ahead of time and let it dry out naturally. Otherwise, you can make it the same day and toast it to dry it out, as outlined below.

To make vegetarian stuffing, swap out the sausages for vegetarian sausages or omit them completely, and use vegetable stock instead of chicken stock.

You can use buttermilk as a substitute for vinegar and milk when you're making your cornbread.

What to Serve with Sausage Cornbread Stuffing

Serve your cornbread stuffing as a side for your Thanksgiving turkey. However, this tasty side dish is also fantastic with roast chicken, pot roasts, and roast pork.

Can You Make Cornbread Stuffing Ahead of Time?

Absolutely! You can assemble and bake your cornbread stuffing up to 1 day in advance.

What to Do With Cornbread Stuffing Leftovers

There are loads of clever ways to use leftover cornbread stuffing. Press stuffing into a waffle maker to make hearty cornbread stuffing waffles, sprinkle it over the top of salads instead of croutons, use it to make savory bread pudding, as a topping in a Thanksgiving sandwich, in stuffed peppers, or add it to a casserole.

Get creative with how you use your leftover stuffing! You might come up with an exciting, delicious new way to make the most of it.

How to Store Cornbread Stuffing

Let the cornbread stuffing cool, then wrap it over transfer it to an airtight container and store it in the fridge for up to 3 days.

Preheat your oven to 425F. Grease a baking dish with cooking spray.

Whisk the milk and vinegar in a bowl. Let it sit for several minutes until the milk curdles. Whisk in the honey, butter, and eggs.

In a separate bowl, whisk the flour, cornmeal, baking powder, baking soda, and salt. Gently fold the dry ingredients into the wet ingredients, until just combined.

Transfer the batter to the baking dish. Bake for 16 to 20 minutes, until golden brown. Remove from oven and set on a rack to cool completely.

Once cooled, cut the cornbread into 1-inch cubes. Arrange them on a baking sheet in a single layer. Toast them for 15 minutes, then remove them from the oven.

Whisk eggs and chicken broth in a very large bowl. Set aside.

Melt the butter in a large skillet over medium heat. Saute the onion, celery, salt, and pepper for 4 minutes, or until they soften. Stir in the garlic and cook for 30 seconds to 1 minute, or until fragrant.

Stir in the sausage and cook for 4 minutes, then add in the cranberries, thyme, sage, and parsley. Take the skillet off the heat and let cool. Stir the sausage mixture into the broth. Gently stir in the cornbread, mixing until it becomes moist.

Transfer the cornbread mixture to the casserole dish. Bake for 35 to 40 minutes, then remove from the oven and serve warm.

Use an 8×8-inch square baking dish for the cornbread. When you're making the stuffing, use a 9×13-inch casserole dish. 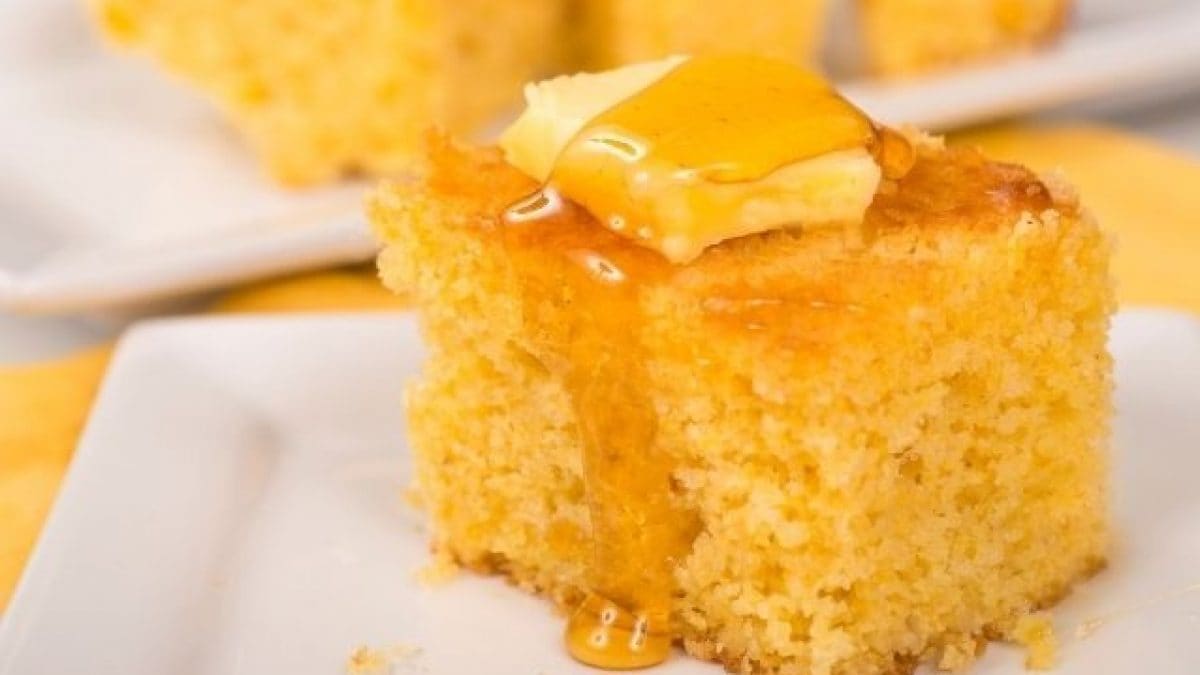 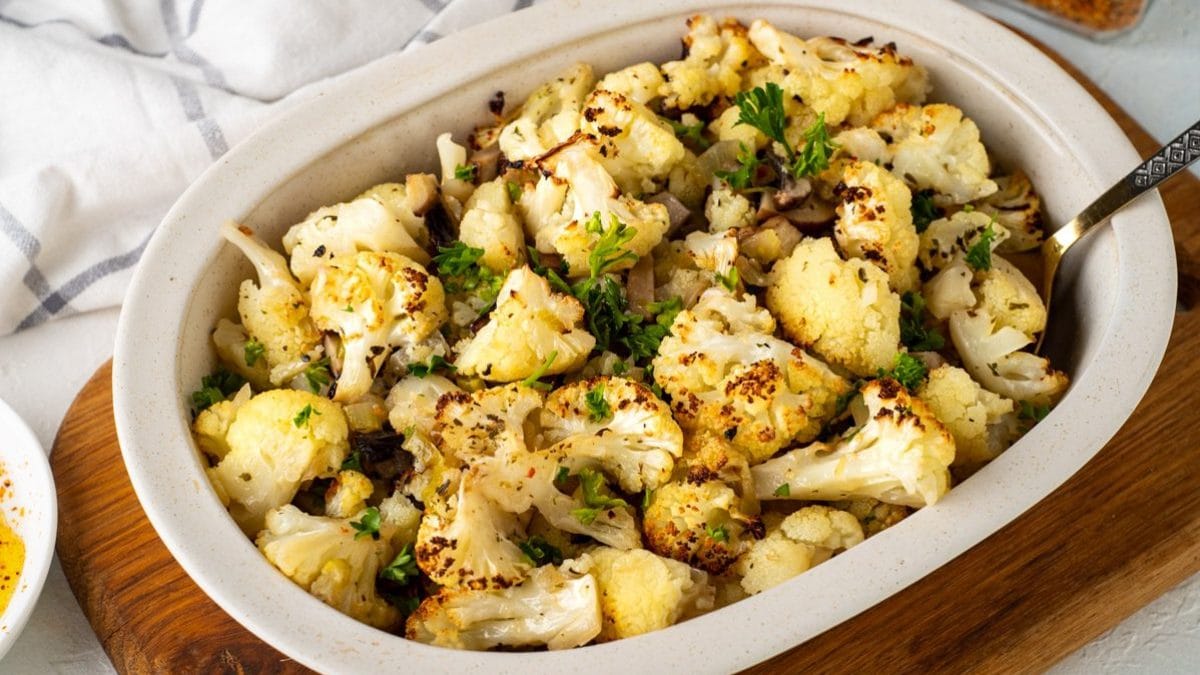 Side dishes Cauliflower Stuffing: a vegetarian stuffing recipe for a Thanksgiving side dish recipe
Low
50 Min 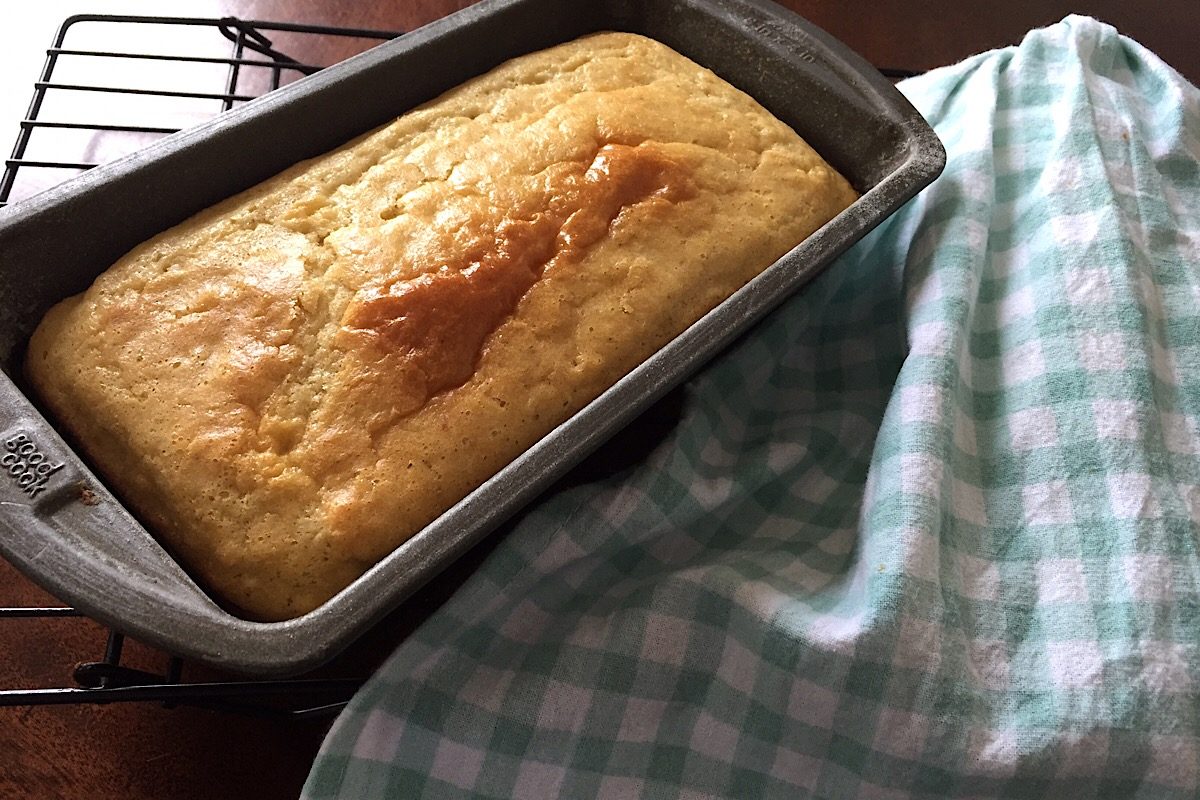