Humans have long prized honey, and our interest in it dates back as far as the Stone Age. Most people think there are only a few types of honey, but did you know that there are more than 300 different types of honey in the United States alone, and countless other varieties abroad?
Healthy food hacks
by Cookist

Humans have long prized honey, and our interest in it dates back as far as the Stone Age. Most people think there are only a few types of honey, but did you know that there are more than 300 different types of honey in the United States alone, and countless other varieties abroad?

Honeycomb comes straight from the hive, and is as unprocessed as it comes. Liquid honey is filtered once extracted from the honeycomb to remove crystals and wax. Whipped honey is crystallized honey that is set, spreadable and creamy.

Honey is more calorie-dense than sugar, containing 15 calories more per tablespoon than sugar, and it is considered an added sugar, which the 2015-2020 Dietary Guidelines for Americans recommend limiting.

Many Flavours of Honey Exist

Honey comes in an amazing variety of flavours, colours and aromas, and a lot of that has to do with the plants and flowers from which the nectar comes. Bees often forage up to five miles from the hive, so the honey will contain flavours from a combination of plants.

Environmental factors such as rainfall and temperature also have their part to play, much the same as with wine grapes.

The colour of honey can vary from almost clear to dark brown, and the colour can be an indicator of flavour. Lighter honeys generally have a mild flavour, and darker ones have a stronger taste. Research suggests that dark honey can contain more antioxidants than the lighter-hued ones.

Different honeys are good for certain recipes, as the flavour profiles match each other. Wildflower honey is good for salad dressings and baked goods, while orange blossom honey is great for marinades and dressings. Buckwheat honey is good in barbeque sauces too.

Baking with honey requires a lower oven temperature to prevent over-browning. As a general rule, lower the oven temperature by 25 degrees F. One cup of white sugar can be changed for ¾ cup of honey in a baked goods recipe. For every cup of honey you use, any other liquids in the recipe should be reduced by one quarter, and a ¼ teaspoon of baking soda added.

Does Honey Have an Expiry Date?

Although the U.S. Department of Agriculture recommends eating honey within two years of buying it, you can keep your jar of honey for many years, even after it’s been opened.

3,000 year old pots of honey were found in the Egyptian pyramids by archaeologists, and amazingly they were still edible! The age of honey may well affect the taste and thickness, and older honey will likely thicken and lose its flavour over time.

If you refrigerate your honey, or if it’s been around a while, it may crystallize. Don’t throw it out, as it’s easily returned to normal. Place the glass honey jar in a pan of hot water over a low heat for 10 to 15 minutes, stirring until the crystals dissolve. You can also warm the honey in a glass jar in the microwave, stirring every 30 seconds until the crystals are gone.

Honey Doesn’t Contain as Many Probiotics as You Think

There are rumours that honey has wonderful probiotic qualities, but research in this area is very limited. There isn’t enough reliable evidence to prove that honey can help with gastroenteritis and diarrhoea, says the Natural Medicines Database.

Honey does contain oligosaccharides that may have a probiotic effect, and could stimulate the growth of good gut bacteria. However, that effect is small, and you would get more probiotic benefits from foods like bananas, onions and asparagus.

Is Honey Good for Allergies?

There are widespread claims that honey can help reduce allergy symptoms, but the research is contradictory.

In a 30-week study on honey, no significant anti-allergy benefits were noted, yet in a more recent study, findings showed significant benefits for allergy sufferers who took an antihistamine and ate a certain amount of honey every day.

There is still a lack of reliable evidence on the effectiveness of honey for hay fever, according to the Natural Medicines Database.

Honey Fraud is a Thing

Yes, it may seem unbelievable that some people will go to such lengths, but fraudulent honey is worth money. It can occur in a number of ways, with bees that are fed syrup instead of foraging for nectar, dilution of honey by blending it with a sweet syrup such as high-fructose corn syrup, glucose syrup or beet sugar, or falsifying the country of origin documents.

While most of these practices aren’t going to harm your health, they are cheating you out of your money. Good honey costs quite a lot, and high-fructose corn syrup costs little, so you could be paying top price for something that’s worth a fraction of the cost.

Some syrups are hard to detect by testing, especially beet sugar. Consumers can do their own investigating by buying honey that has the True Source Certified label in the U.S. This label shows that sourcing practices comply with both U.S. and international trade laws.

Filtered honey has sometimes been called fraudulent, but it’s normal for honey to be filtered to remove dirt, pollen, dust, bees wings and other fragments. After all, you really wouldn’t want all those things floating in your honey, would you? 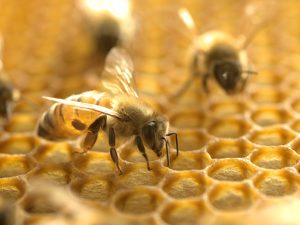 Sweet Facts About Honey and Honeybees!
3 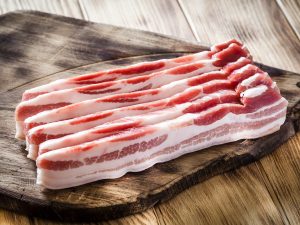