Funeral Potatoes: the ultimate recipe for a cheesy potato casserole

Rich, creamy, and comforting funeral potatoes are always a hit when there's a large crowd. This cheesy potato casserole garnished with a crunchy cornflake topping is hard to resist.

Funeral potatoes are incredibly easy to make, and it's a perfect side dish to serve over the holidays, when you're hosting a potluck, or any occasion where there are many mouths to feed. Funeral potatoes go with just about anything. You can serve them with roasts, chicken, pork, steak, or fish dishes.

What are Funeral Potatoes?

This classic Midwestern casserole dish is also known as cheesy potato casserole or cheesy hash browns. Funeral potatoes get their name from the fact they are a common side dish at dinners following funerals. However, funeral potatoes are also a fixture at potlucks, picnics, and other get-togethers.

You'll also need parboiled potatoes, but you can use thawed frozen hash browns to simplify the cooking process. For the topping, cornflakes are essential. When melted and tossed with butter, they take funeral potatoes to the next level!

How to make Funeral Potatoes

Making funeral potatoes is way easier than you may think. In a greased skillet, simply cook the onions and garlic, then combine this mixture with other ingredients in a large bowl. Transfer it in a casserole dish, add the remaining cheese, melted butter and cornflakes, then bake for up one hour, or until potatoes are tender.

You can make this hearty, cheesy casserole even more filling and nutritious by adding fresh vegetables to it. Try broccoli, cauliflower, zucchini, bell peppers, or squash.

Spice it up with some cayenne pepper or chili flakes. Add different varieties of cheese like Swiss, Edam, gouda, gruyere, or provolone.

Use cream of mushroom to make a vegetarian-friendly version of funeral potatoes.

Funeral potatoes can be made up to 1 day in advance. Make it without the cornflake topping then add it when you're ready to bake the casserole.

To simply this recipe, you can use one 30-ounce bag of thawed frozen shredded hash browns instead of parboiling the potatoes yourself.

If you don't have cornflakes, you can use panko instead. Another alternative is Ritz crackers. They'll make your funeral potatoes extra buttery and delicious

To make your funeral potatoes slightly healthier and give them more protein, use Greek yogurt instead of sour cream.

You can prepare your funeral potatoes in a crockpot. Put all the ingredients into a slow cooker. Secure the lid and cook for 3 hours on high, stirring occasionally. Garnish with extra cheese. Once the cheese has melted, transfer to the serving dish and garnish with the cornflakes mixture.

What to Serve with Funeral Potatoes

Funeral potatoes are a great-tasting side dish that you can serve with pretty much anything. It's an amazing dish to serve with grilled steaks, baked fish, tasty roasted chicken, pot roasts, turkey, and more. Add a side salad for a bit of green on the table, and you'll be all set!

How to Store Funeral Potatoes

Cool the potatoes completely then place them in an airtight container and refrigerate them for up to 4 days.

Can you Freeze Funeral Potatoes?

How to Make Funeral Potatoes

Melt 2 tablespoons of butter in a skillet and cook the onions until soft and translucent. Stir in the garlic and cook until fragrant, about 1 minute. Take the skillet off the heat and allow it to cool slightly.

Combine the onion mixture with potatoes, soup, sour cream, parmesan, salt, pepper, and ½ cup of cheddar in a large bowl.

Transfer the mixture to a casserole dish. Garnish with remaining cheddar cheese.

Bake for 50 to 60 minutes, or until the potatoes are tender and the cheese has melted. 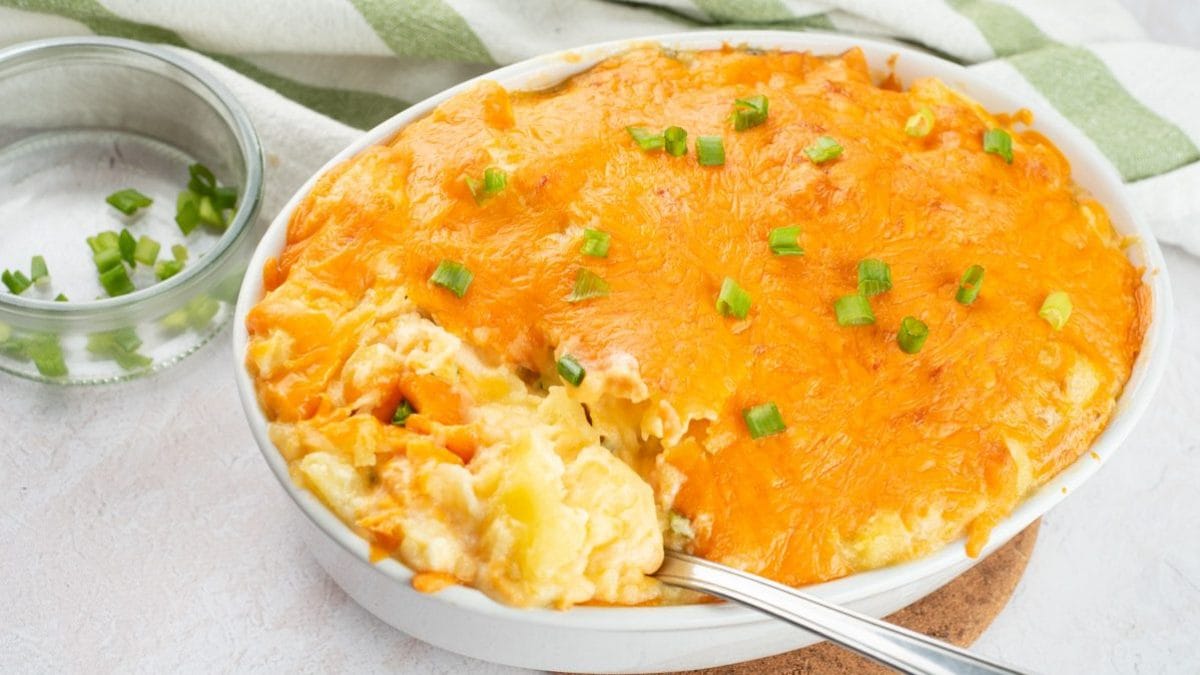 7 ingredients or less Cheesy Potato Casserole: the cozy side dish that will have everyone coming back
Low
60 Min 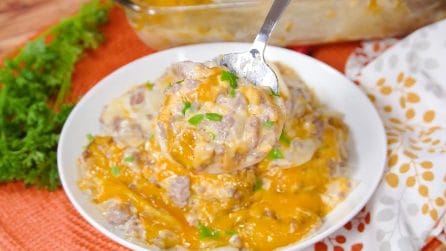 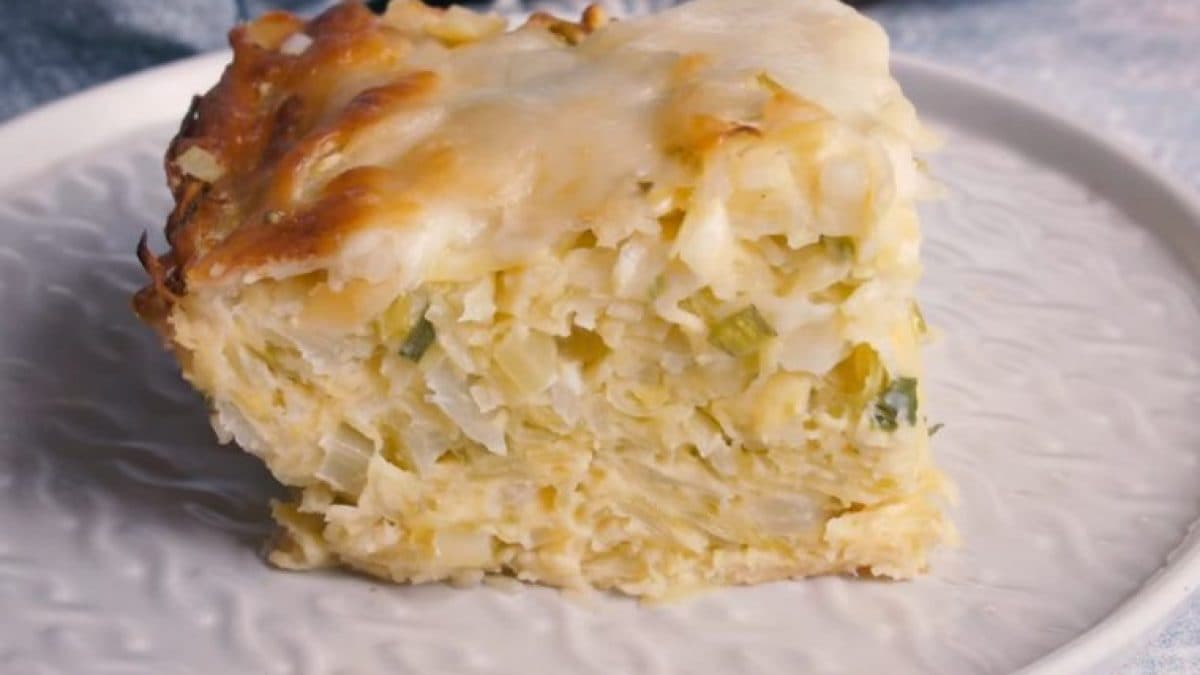