How to Make Ham Broth: the recipe of the versatile and tasty basic preparation

The ham broth is a perfect basic preparation to flavor your meat dishes, a delicious alternative to the classic broth. Savory and delicious, the raw ham stock can be prepared in large quantities, and frozen in jars or in molds for ice, so that it will be always available when you need it. You can add the ham broth while cooking a roast or a good risotto, but there is no reason why it cannot be enjoyed as it is, warm and hearty, or served with the classic tortellini in broth. So let’s find out how to prepare the ham broth by following our recipe step by step.

How to cook Ham Broth

Transfer the raw ham to a hot pan and brown it slightly (2).

Meanwhile, peel the white onion and slice it thinly (3).

Add the onion to the raw ham, mix (4) and let it soften slightly.

Cover with water (5) and cook over very low heat for about 2 hours, until the liquid has reduced by half (5). Season with salt.

Filter the broth obtained (6) and serve it hot (or keep it in the refrigerator).

How to store Ham Broth

The ham broth can be stored in the refrigerator for up to 3 days. Otherwise, you can transfer the broth to special jars and freeze it. 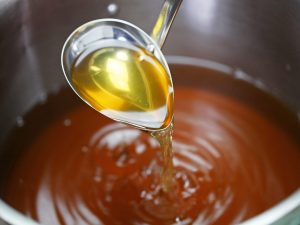 Stock vs Broth – What's the Difference?
42 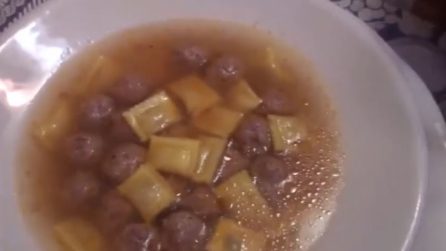 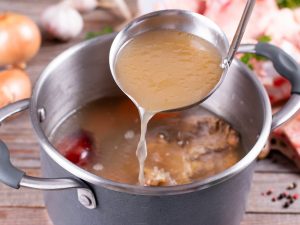 Easy 3H
How to make Beef Broth: the easy and flavorful broth recipe
63 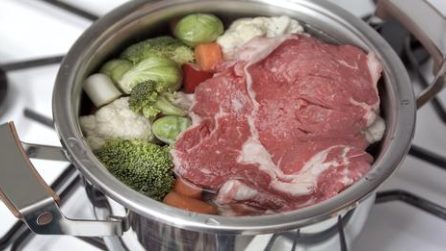 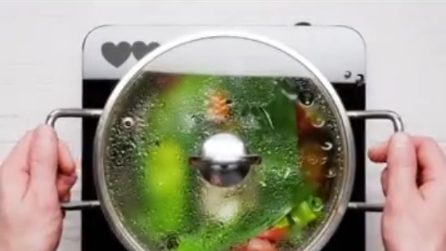 1.431 • by Love Kitchen
How to make broth with the remnants of vegetables
54 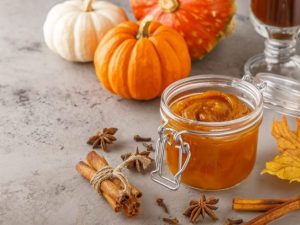