Red, Yellow, Green – All About Tomatoes

Much like candy, tomatoes come in all shapes, sizes, and colors. And they’re just as satisfying too. If you’ve ever grown your own, you would know how delicious plump, sweet tomatoes are. But with so many tomatoes, how do you know which ones to use? Read on to find out more about red, yellow, and green tomatoes!

As with most fruits and vegetables, you can expect the different tomatoes to vary in terms of nutrition. It should be noted that tomatoes differ in color in terms of their ripeness (going from green, to yellow, to red), but also in terms of the variety. You can find fully ripened heirloom tomatoes in various colors. They are mostly sold in specialty stores or food markets.

When most of us think of tomatoes, we think of the plump, red kind. When completely ripe, they have the perfect balance of acidity and sweetness. And they’re versatile too. You can eat them raw, use them in a sauce, or preserve them!

Because yellow tomatoes are often lower in acidity, they are not the best type to use for cooking or preserving. To make the most of them, eat them raw with a drizzle of olive oil.

read more
Why red and yellow are the most “visible” colors on the food logos?

Many of us have been taught that bright-colored fruits often have the most nutrients, and when it comes to tomatoes, it is not much different. Beta-carotene (the precursor to vitamin A), are found in high amounts in both red and yellow tomatoes. Lycopene, the antioxidant said to play a role in cancer prevention, is responsible for the red color, so they’re absent in yellow and green tomatoes. And the deeper red the tomato, the more lycopene it has.

While all tomatoes have vitamin C, red tomatoes come out on top. They have three times more vitamin C than yellow ones. They also win when it comes to fiber. Green tomatoes (that is green heirloom tomatoes, NOT the green unripe kind). But it’s not like yellow tomatoes don’t bring anything to the table. They’re richer in vitamins B3 and B9 (niacin and folate), and have double the amount of iron and zinc!

Cooking does reduce the amount of vitamin C, but it increases the amount of lycopene. So whether you eat them raw or cooked, it’s beneficial to your health! If it’s the lycopene you’re after, then make sure to include tomato paste in your cooking. Together they make a healthy match – tomato paste is rich in lycopene and is fat soluble.

Most pro cooks will tell you that tomatoes in the refrigerator is a big no-no. They turn mealy and lose most of their flavor. It’s best to store them on the countertop at room temperature.

And just to be clear, botanically, a tomato is a fruit. From most cook’s point of views, however, it’s a vegetable! 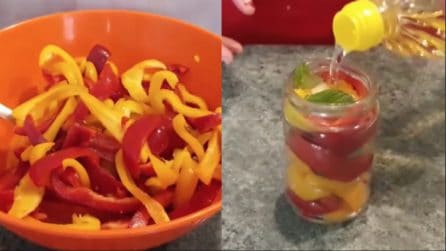 Canned red and yellow peppers: the recipe to make them at home
Views
2.130 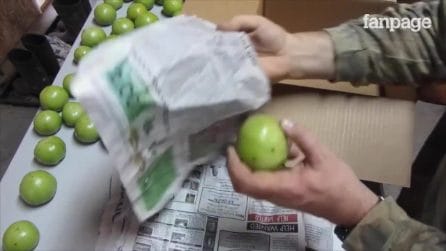 He picks the still green tomatoes and wrap them in newspaper, the reason is brilliant
Views
9.418 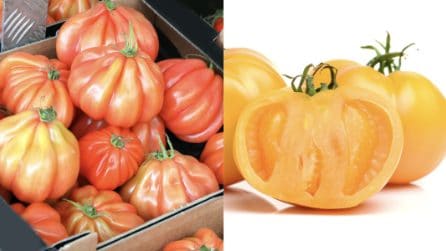 Red, yellow, black tomato: many varieties of this delicious food