Samosa recipe: how to make the best Indian appetizer recipe

Samosa is a must have crispy Indian snack and no social gathering in the northern part of India is complete without serving this hearty snack with a cup of Chai! A little typical to prepare, not many households prepare samosa at home and majority of the countrymen pick it up from the nearby ‘Halwai’.

Thus, one may find plenty of ‘samosawalas’ selling piping hot aloo samosa at almost every market in India. Enjoy these delightful goodies as such or with green chutney, imli chutney or tomato ketchup along with a hot cup of adrak chai (ginger tea)!

Samosa is a fried or baked dough with a savory filling, such as spiced potatoes, onions, peas. Originally called samsa, from the pyramids of Central Asia, it is also called sanbusak, sanbusaq or even sanbusaj by historical accounts. Samosa is a snack, an appetizer or it can be presented as the main meal of a dinner. It all depends on how it is prepared.

How to make a samosa

Make sure you boil the potatoes well. You may also add about ¼ cup of boiled green peas and a teaspoon of finely chopped green chili to turn the samosas even spicier. 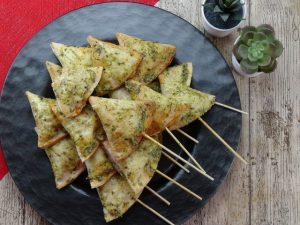 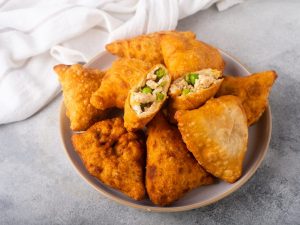 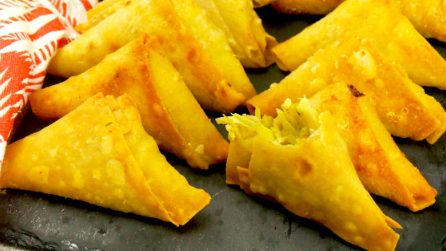 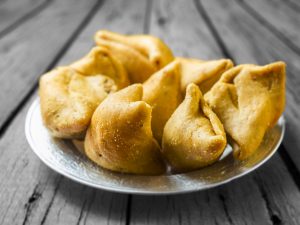 British Restaurant Launches Its Famous Samosa Into Space. Instead, It Is Discovered In France
50 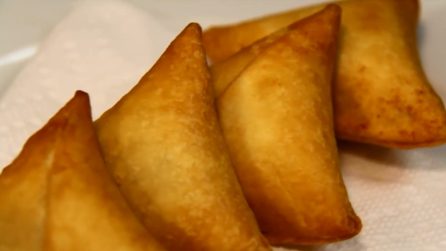 7.812 • by Love Kitchen
How to make tortilla samosa recipe: the savory snacks
468 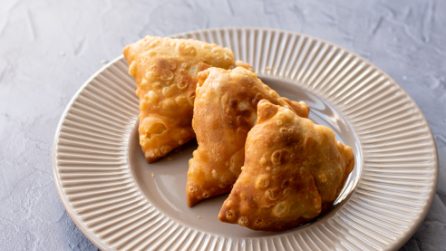