Tater tot casserole is an easy and delicious recipe to enjoy a great comfort food that everyone will love. Also known as "potato croquette" in the UK, tater tots are crispy, small cylindrical shaped grated potatoes – the term tater actually stands for "potato" in American slang.

This tater tot hotdish is flavorful and a little crispy thanks to the tater tot topping. You don't even need fancy ingredients. It is a recipe packed with flavor thanks to layers of ground beef, cream of mushroom soup, cheese, spices and vegetables. Customize this recipe as you want and feel free to use your favorite ingredients to make a new favorite dish that will win everyone over.

What is a Tater Tot Casserole?

Tater tot casserole is a tasty and simple dish you can make in just an hour. It is so named because tater tots are the main ingredient, along with ground beef, spices and vegetables.

This comfort food recipe has its origins in the Midwest United States where it is also known as "Tater Tot Hotdish" or "White Trash Casserole" in Minnesota. Some also call it "Church Casserole" since the first time this recipe appeared was in a church group's cookbook.

Tater tot casserole recipe calls for simple, pantry ingredients. Tater tots are the main ingredient used as topping. They give texture to the dish together with the vegetables and ground beef. Seasonings, cheese and cream of mushroom soup are the perfect way to add flavor.

How to make Tater Tot Casserole

Making this tater tot casserole recipe is easier than you might think. Start by making the tater tots. Boil, drain and grate the potatoes, then combine with the flour and seasonings. Divide the mixture into small balls and fry until golden brown and crispy, then drain well.

Next, prepare the meat mixture by cooking the ground beef with the seasoning and herbs in a pan with oil until all the liquid has evaporated and the meat is browned. Pour in the tomato sauce and water, and stir. Turn down to medium-low heat and cook covered for about 5 minutes, then season and remove from heat.

Now, it's time to assemble. Add the cream of mushroom soup, garlic, salt and pepper to the ground beef mixture. Place in a greased casserole dish, top with the tater tots and bake at 400°F/200°C for about 20-25 minutes or until the topping is crispy and golden brown.

To make the tater tots crispy, place them on the baking sheet and drizzle with olive or canola oil and leave the casserole in the oven a few minutes longer to to crisp up the topping.

For a vegetarian tater tot casserole, leave out ground beef and replace it with corn or rice.

For a vegan version, use a plant-based milk and saute the mushrooms instead of the cream of mushroom soup.

If you don't like cream of mushroom soup, you can try mixing in cream of chicken soup.

To make a cheesy tater tot casserole, use a cheese mix as a topping.

For a shortcut, use frozen tater tots and cook them according to package instructions.

You can customize this recipe as you prefer by adding your favorite ingredients. Make it spicy with chiles and jalapeños, or add extra veggies like green beans, broccoli or peas.

You can also make a tater tot breakfast casserole by using chopped bacon instead of ground beef and adding more eggs.

What to serve with Tater Tot Casserole

Tater tot casserole is a very rich and tasty recipe, so keep the side dish simple and serve it with a green salad or roasted vegetables.

How to store Tater Tot Hotdish

You can store tater tot hotdish in an airtight container in the refrigerator for up a week.

Can you freeze Tater Tot Casserole?

Yes! Frozen tater tot casserole lasts for up to 3 months.

Start by making tater tots. Boil the potatoes in a large pot with cold water, bring to a boil and cook for about 6 to 7 minutes. Drain well and let cool.

Grate the potatoes as thin as possible. Using a cloth, dry the grated potato until there is no water left.

Place the grated potatoes in a large bowl and mix with the flour, garlic, onion, oregano, dill, black pepper and salt.

Divide the dough into pieces and make small balls. Heat the oil in a large skillet.

Add the balls to the pan, 5 or 6 in each batch and cook for about 3 or 4 minutes or until golden and crispy. Then transfer them to a plate with kitchen paper to absorb the excess oil.

Now, make the meat mixture. Finely chop the onion, garlic, pepper and coriander, then season the ground beef with salt and pepper.

Heat 2 tablespoons of olive oil in a skillet over medium-high heat. Add the ground beef and cook, stirring until all the liquid has evaporated and the meat is browned.

Add onion and garlic, stirring until heated. Pour tomato sauce and water, and mix. Lower the heat to medium-low and cover. Cook until it starts to boil for about 5-7 minutes.

Add the pepper and cook covered for 5 minutes, adding water when necessary. Season with salt to taste. Mix with the coriander and remove from heat. Add in the soup, garlic, salt and pepper with the meat.

Place the meat mixture in a greased mold. Top with grated cheese and tarter tots. Bake at 400 ° F / 200 ° C for 20 to 25 minutes or until the tater tots are golden brown. Serve and enjoy!

All of the seasonings are optional so if you don't have one on hand, you can also use another. Just be sure to season each single layer for a flavorful casserole recipe. 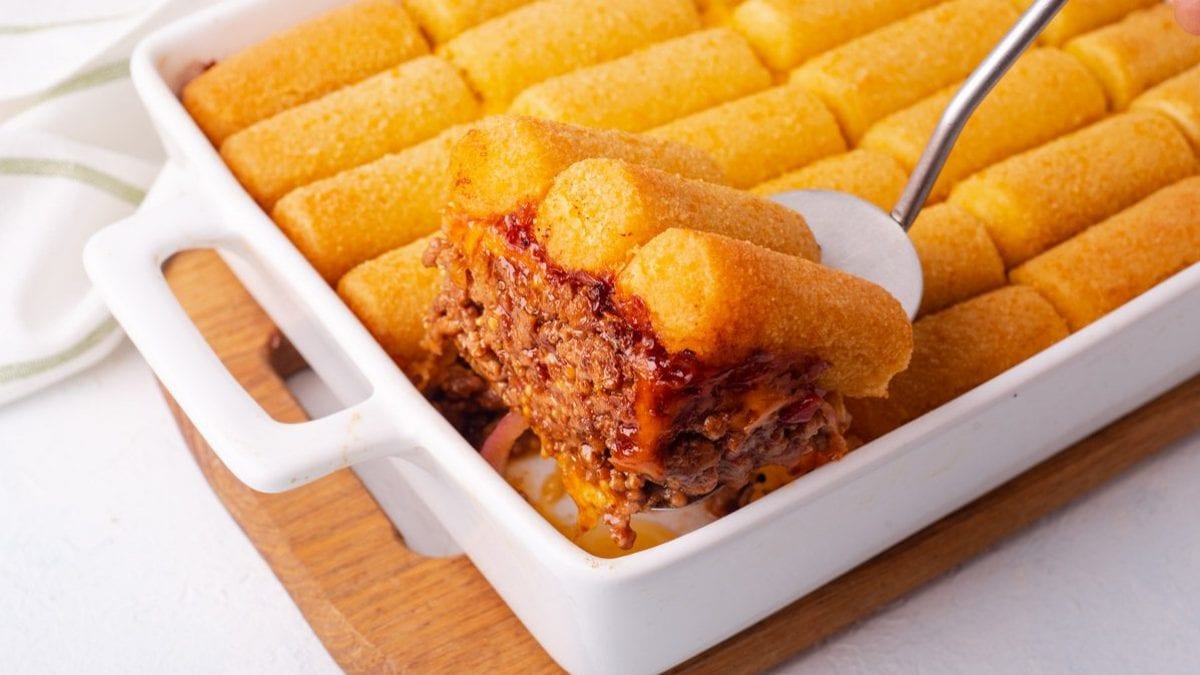 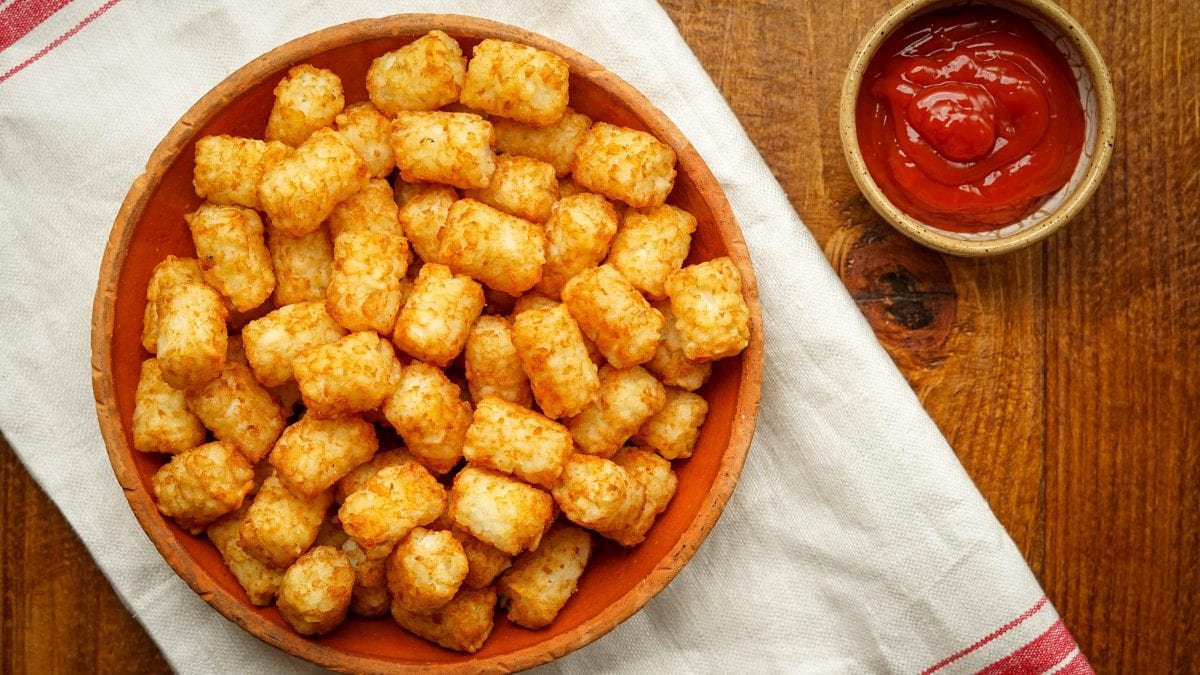