The 15 Untold Truths of How the Royal Family Eats

Read on to find out what other strange Royal food rules and preferences there are!

If a member of the Royal family feels a bit peckish, they can’t just have whatever they fancy. Yep, there are rules about what they can and can’t eat and drink – they’re not allowed to drink tap water, for instance.

Read on to find out what other strange Royal food rules and preferences there are!

read more
What the Royal Family Actually Eats in a Day

The Royal family aren’t allowed to indulge in lobster, crab, prawns etc., simply because there’s too much risk of food poisoning, and if you have a busy engagements calendar like the Royals have, you can’t afford to be out of action due to food-borne illnesses. The senior members of the family are also forbidden from eating meats cooked rare for the same reason, although Prince Charles has been known to break this rule on occasion!

Most of us don’t drink the local tap water when we go abroad, and it’s no different for the Royal family either. It’s probably not surprising that tap water makes the banned list, when you consider that it can be full of bacteria and parasites that can cause all manner of nasty illnesses.

Garlic isn’t banned because of any health risks, but because the Queen dislikes it. According to John Higgins, a former palace chef, garlic and onions were to be kept to a minimum at lunch or dinner. People have theorized that the garlic ban is to prevent garlic breath from making an embarrassing appearance when the Royals talk to guests.

The family don’t indulge in unhealthy foods very often, according to former chef Darren McGrady. The Queen and Prince Philip eat very healthily, and McGrady says Prince Charles ate organic food before it even became fashionable to do so. Charles and Diana stuck to a healthy diet and mostly ate foods made from entirely freshly-made ingredients.

5. The Queen isn’t all that bothered about food

Considering the amazing banquets that are held at the palace and elsewhere for the Royals, it may surprise you to learn that the Queen doesn’t really care that much about food. McGrady says that the Queen eats to live, rather than lives to eat, so food doesn’t really enter her mind much. He adds that when the Queen dines alone, she prefers a simple meal of grilled or poached fish or game with some vegetables or salad.

The Queen won’t have starches like pasta, rice or potatoes when she’s having lunch alone, which is why she prefers veggies or salads with her fish or game. She also likes to eat sandwiches with the crusts off when she’s entertaining lunchtime guests, and the fillings are usually cucumber, salmon or egg mayonnaise.

7. Mousse and mangoes are popular

The Queen loves a bit of good chocolate, according to John Higgins. One of her favorites is chocolate mousse, and she also apparently loves mangoes. Apparently, she likes mangoes so much, she knows exactly how many are being kept in the fridges at Buckingham Palace at any one time!

8. Most of their food is homegrown

The majority of the ingredients used in the Royal kitchens comes from their own estates. Carolyn Robb, who was Charles and Diana’s personal chef, says that they enjoyed eating game that Charles had hunted personally, and they also grew their own fruit and veg for daily meals.

The Queen often eats beef, venison, pheasant and salmon that has been reared, caught or hunted on her own lands.

9. They keep leftovers to eat the next day

Just like us, the Royals use their leftovers in meals. According to Robb, Prince Charles is very particular about saving leftovers, and believes that nothing should be wasted. As an example, if there was roast lamb left over from a meal one night, the next evening meal might be something like shepherd’s pie.

Most family members have their own personal chefs, but at the moment Kate and Prince William don’t have one. They still have a relatively small household staff, which means that they tend to fend for themselves, and Kate handles the cooking.

Carolyn Robb says that as Kate comes from a relatively normal background and is used to cooking for herself, it’s nothing out of the ordinary for her. Apparently, Prince William also enjoys the novelty of eating together like a normal family.

11. Prince Charles’ eggs must be done to perfection

Mervyn Wycherley, another private chef to Charles and Diana, says that the prince was very insistent that his eggs must be boiled for exactly four minutes – no more, no less. This rule was unbreakable, and his security detail would radio ahead to the kitchen to let them know that the Prince was heading home. Three pans of water were always kept boiling, just in case!

12. You don’t get to eat until the Queen does

On public occasions, the etiquette of dining with the Queen dates back hundreds of years and is strictly enforced.

Ex-butler Paul Burrell says that no-one can eat until the Queen does, and that you’re also supposed to stop eating when she stops.

13. Conversation is another point of etiquette

Formula 1 driver Lewis Hamilton breached etiquette in 2015 when he started speaking to the Queen, who was on his right, at the wrong time! The Queen always speaks to her guest of honour, who is seated on her right, for the duration of the first course, and the other women at the table are expected to follow suit. After this, she then speaks to the guest on her left.

14. Even the corgis eat well

The animals on the Royal estates eat as well as the humans. Royal chef Owen Hodgson says he once simmered rabbit and cooked chicken into a fine terrine, which ended up being fed to the Queen’s corgis.

Darren McGrady says that when he started working in the kitchens, one of his early jobs was to peel the carrots for the Queen’s horses perfectly! The staff knew that if a horse bit the Queen’s fingers accidentally because the carrot wasn’t long enough, the blame would come down on them.

15. The Queen sends messages with her handbag

The Queen has 200 Launer handbags, and if she places one on the table, it’s a signal to her staff that she wants the event to end in the next five minutes. If she puts her handbag on the floor, it means she’s not enjoying the conversation and wants to be rescued by her lady-in-waiting. 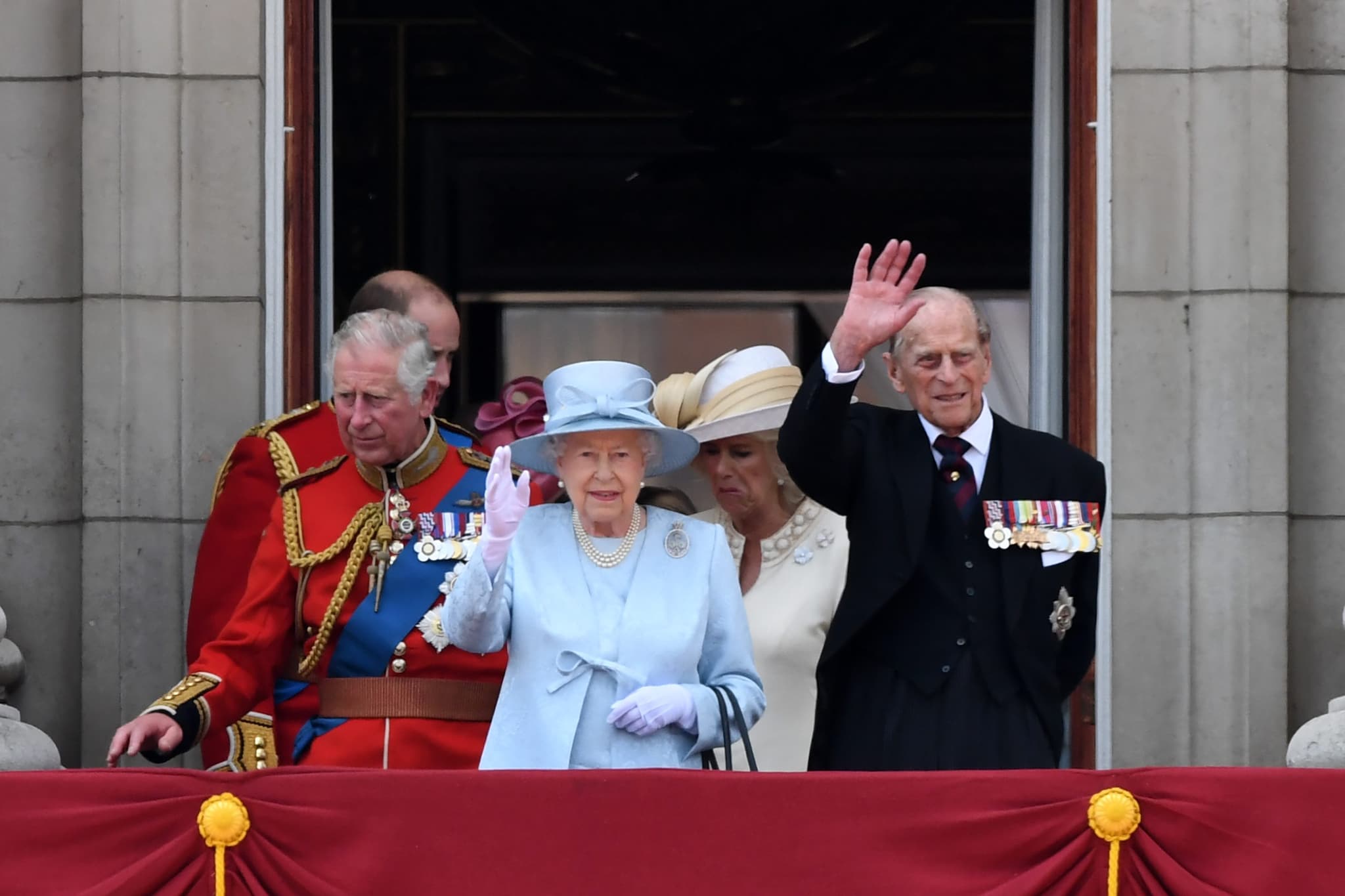 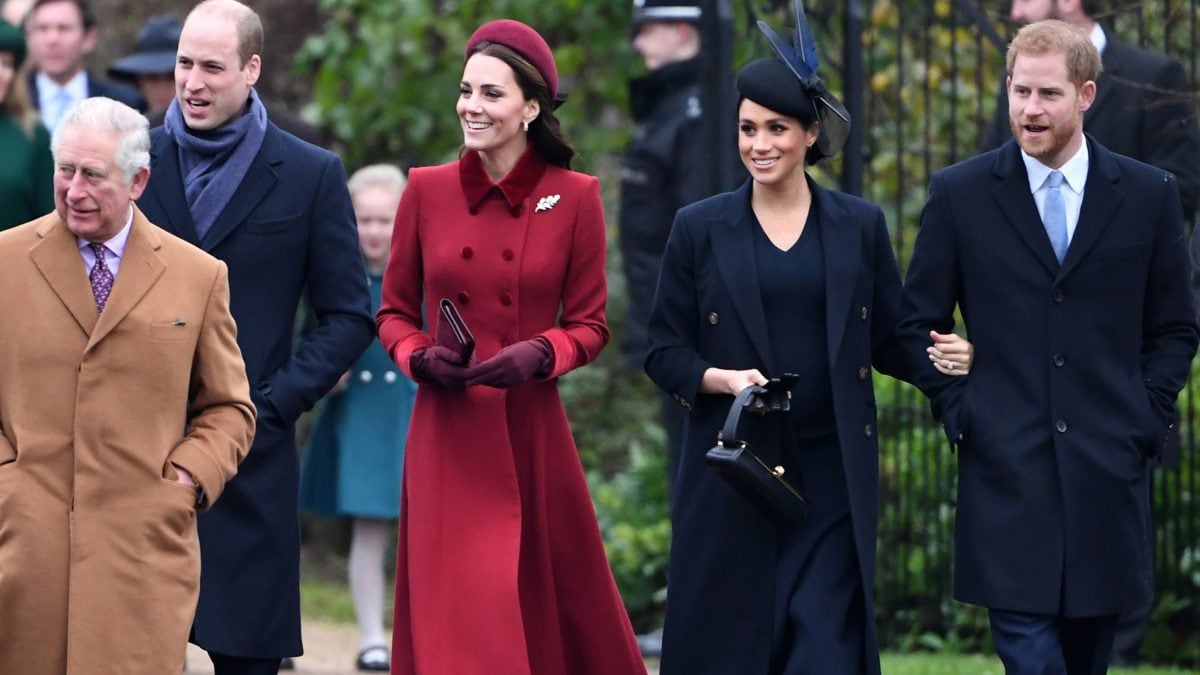 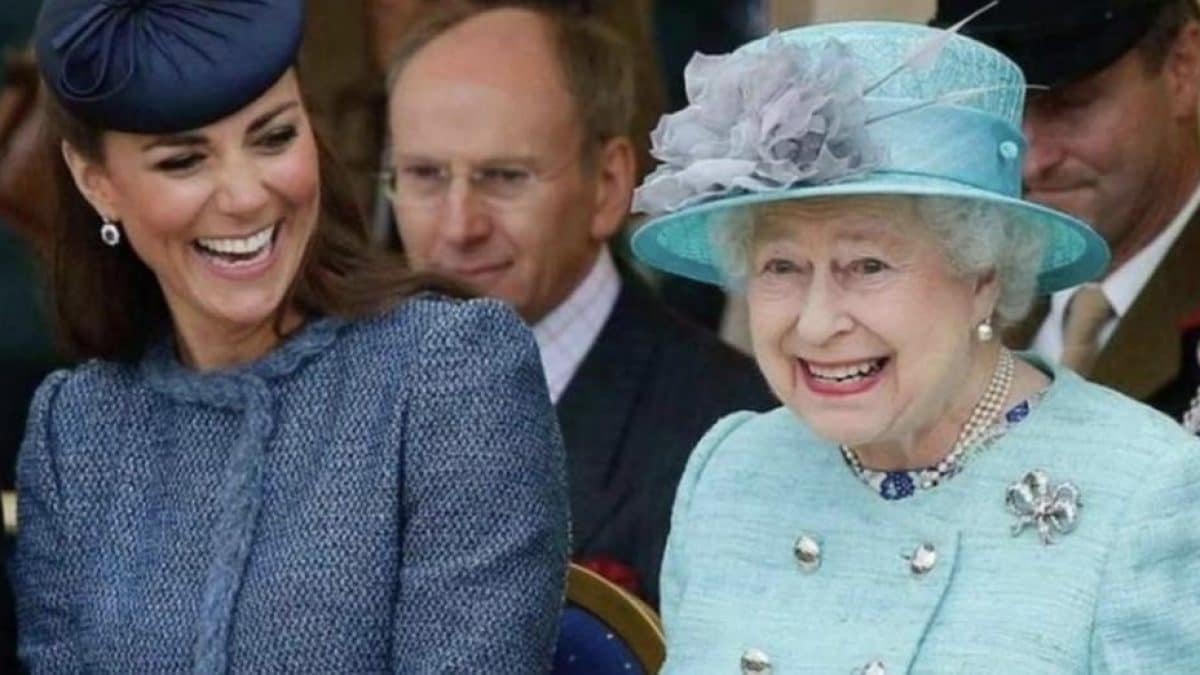