The unending debate on Caffeine versus Nicotine

Nicotine is a compound found in tobacco products and it works both as a stimulant and a sedative! Here is a take on whether caffeine consumption is as bad as having nicotine. Read on to know more regarding this matter.
Healthy food hacks
by Cookist

Nicotine is a compound found in tobacco products and it works both as a stimulant and a sedative! Here is a take on whether caffeine consumption is as bad as having nicotine. Read on to know more regarding this matter.

Nicotine can be found in tobacco based products that can be sniffed, smoked, or chewed such as cigarettes, cigars, bidis, and krekets. All of these products give a nicotine kick, which is a result of adrenaline released from the adrenal gland, upon consumption of tobacco products. Besides this, nicotine also triggers an immediate glucose surge in blood and an increase in blood pressure, breathing, and heart rate.

On the other hand, caffeine present in coffee, tea, and cacao based products also stimulates our brain, central nervous system, and prevents tiredness.

It may be a bit of surprise that both caffeine and nicotine are addictive in nature and an alkaloid derived from the plant source. Both of these naturally stimulate the central nervous system and leads to dopamine production in our brain.

Nicotine is a largely forbidden product even though it is as addictive as caffeine. However, based on the recent research, nicotine may not be the only compound that contributes to smoking addiction as there are some other chemicals involved as well. If taken in excess, both nicotine and caffeine lead to similar symptoms such as anxiety, headache, insomnia, nausea, vomiting, dizziness, and arrhythmia.

Even though caffeine is as addictive, people do not rate nicotine and caffeine at the same level and consider nicotine based products to be far more harmful than the caffeinated ones. This is partially true as it has been known that nicotine itself is not harmful but when a cigarette burns, the user is exposed to many other dangerous chemicals like arsenic and tar, which are extremely harmful to health.

Anyhow, it might be interesting for you to know that it is as difficult to give up on the consumption of caffeine and caffeinated products. According to a study published in The Journal of the American Medical Association, it was mentioned that if consumed in limited amount caffeine has a positive effect on our body but if taken in higher dose it leads to anxiety and irritability. Also, over the time tea or coffee lovers tend to get physically dependent on these caffeinated products and if they have to stop its use, they complain of symptoms like lethargy, temporary headaches, and even depression.

So, in terms of addiction, both nicotine and caffeine are equally at par with each other but nicotine based products tend to harm the body more than the caffeinated ones. 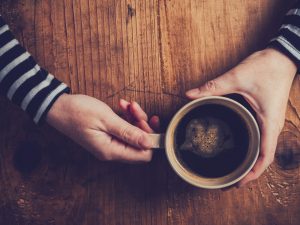 9 surprising effects of caffeine on your body
308 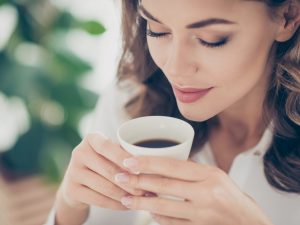 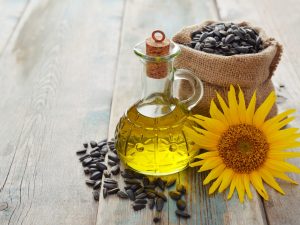 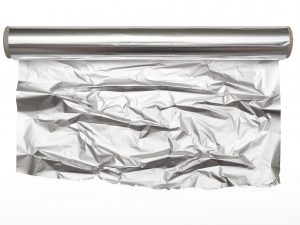 Should aluminum be used in cooking?
146 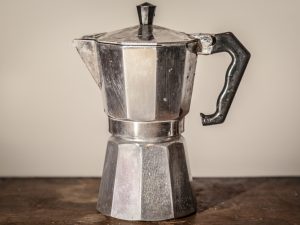 How to clean your coffee maker perfectly in 4 steps
153 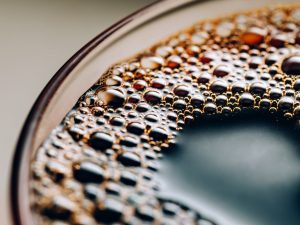