If you're in the mood for a rich, hearty, incredibly flavorful soup, why not make Żurek? Pronounced “zhu-wreck”, this fantastic, thick, creamy Polish sour rye soup is packed with delicious white sausage, smoked kielbasa, bacon, and boiled eggs.

Polish Żurek has a tangy, sour flavor thanks to the sour rye starter, with a wonderful savory umami flavor, and smokiness thanks to the kielbasa. This traditional Polish soup is a staple dish to serve on Easter, however, because it's so delicious, many families make it all year round.

Żurek is easy to make, and while it does call for a little bit of planning (so you can make the starter), once you start cooking, it's a breeze!

For this, you'll need rye flour and water, plus some garlic, bay leaves, allspice, and peppercorns, which help give the starter a richer flavor. You'll add all of the starter to the soup when it's time to start cooking.

For the Żurek itself, you'll need broth, garlic, onion, and potatoes.

For the meats, bacon, kielbasa (smoked Polish sausage), and biala kielbasa (white sausage) are a must and help give the soup its rich, smokey, savory flavor.

Marjoram and prepared horseradish give it an extra flavor boost.

You'll also need eggs when it's time to serve the soup – they make Żurek ultra-tasty and hearty.

How to Make Żurek

Your first step to making the best-ever homemade Polish Żurek is to prepare the rye starter. Start by boiling 3 cups of water and letting it cool. Pour it into a sterilized jar. Slowly whisk the flour into the water, then stir the garlic, spices, and mushroom into the mixture. Pop the lid on and place the jar in a warm, dry, dark place. Every day for five days, stir the starter. On the fifth day, strain out the spices.

Now it's time to make the soup. Place the white sausages into the simmering broth. Cook them for 15 to 20 minutes over medium-low heat, then take them out and cut them up. Slice the kielbasa and chop the bacon. Brown all the meat, then place them back into the broth. Cook the onions until translucent, then add in garlic and marjoram and sauté until fragrant.

Add the onion mixture to the broth. Deglaze the pan with a little broth, then pour it back into the soup. Add the potatoes to the soup and simmer them until they become tender. Add the rye starter in bit by bit, until the soup reaches your desired level of sourness.

Stir in the heavy cream and horseradish. Add the eggs in and serve either in a bread bowl or a regular bowl. Your Żurek is done and ready to eat when the potatoes are tender and the sausages are cooked through. Enjoy!

How to Serve Żurek

Żurek is often served in a hollowed-out bread bowl, which soaks up the flavor of the soup – you can eat the bread bowl once you've eaten the soup! In certain regions, like Silesia, Żurek is enjoyed with mashed potatoes.

When making the rye starter, make sure all of your tools are completely clean, so no unwanted bacteria grows in the starter.

The starter is essential to this recipe – there are no suitable substitutions out there. If you want to make Żurek, make sure to give yourself several days to give the rye starter time to mature.

If you can't find white sausage, you can use any type of Polish sausage available.

You can use vegetable broth instead of chicken broth if you prefer.

If you're looking for a meat-free option, try making vegan Żurek. Instead of bacon and sausages, use vegan bacon and sausages. A vegan heavy cream substitute will in lieu of heavy cream and use vegetable broth instead of chicken broth. If you'd like to replicate the smokiness of classic Żurek, you can add a teaspoon or so of liquid smoke.

Taste the broth as you add the rye starter. You don't want to make the soup too sour for your tastes!

Not a fan of horseradish? You can leave it out.

How to Store and Reheat Żurek

Let the Żurek cool, then place it in an airtight container for up to 3 days. If you don't add cream, the soup will last an extra day or two longer. To reheat it, simply warm it over medium-low heat.

Of course! Freeze your Żurek before you add in the heavy cream and eggs. Heavy cream doesn't freeze well. Frozen Żurek should last about 2 months.

Take a clean jar and rinse it with boiling water. Pour the water out, then fill it with 3 cups of water that has been boiled, then allowed to cool.

Whisk the flour into the water. Stir the peppercorns, garlic, bay leaves, allspice, and mushroom into the mixture.

Secure the lid of the jar then place the jar in a warm, dry, dark place.

Each day for five days, open the jar and stir it. On the fifth day, strain out the spices and discard them.

Pour the starter into a new container and place it in the fridge for up to 2 weeks.

Bring broth to a gentle simmer. Place the white sausages in the broth. Cook for 15 to 20 minutes over medium-low heat.

Heat oil in a large skillet. Sauté the meats until browned, then transfer to the broth.

Sauté the onions for 4 to 5 minutes, until translucent. Add in garlic and marjoram and cook for 1 minute, or until fragrant.

Add the onion mixture to the broth. Pour a few tablespoons of broth in the skillet to deglaze it, then add it back to the pot.

Place the potatoes in the broth. Bring the broth to a boil, then reduce to a simmer and cook for 15 minutes, or until the potatoes become tender.

Slowly mix the rye starter into the broth. Simmer for 2 to 3 minutes.

Stir in the heavy cream and horseradish.

Season with salt, pepper, and extra marjoram, if desired. Add the eggs and serve.

You can leave out the potatoes if desired, but they definitely make the soup tastier! 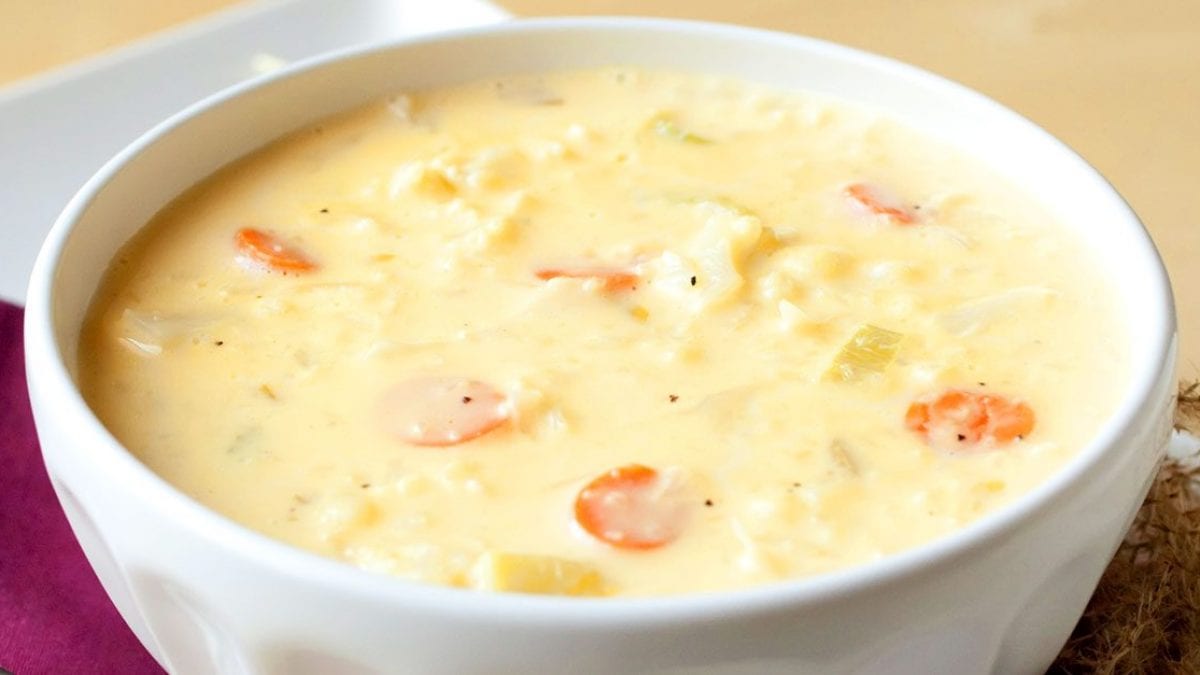 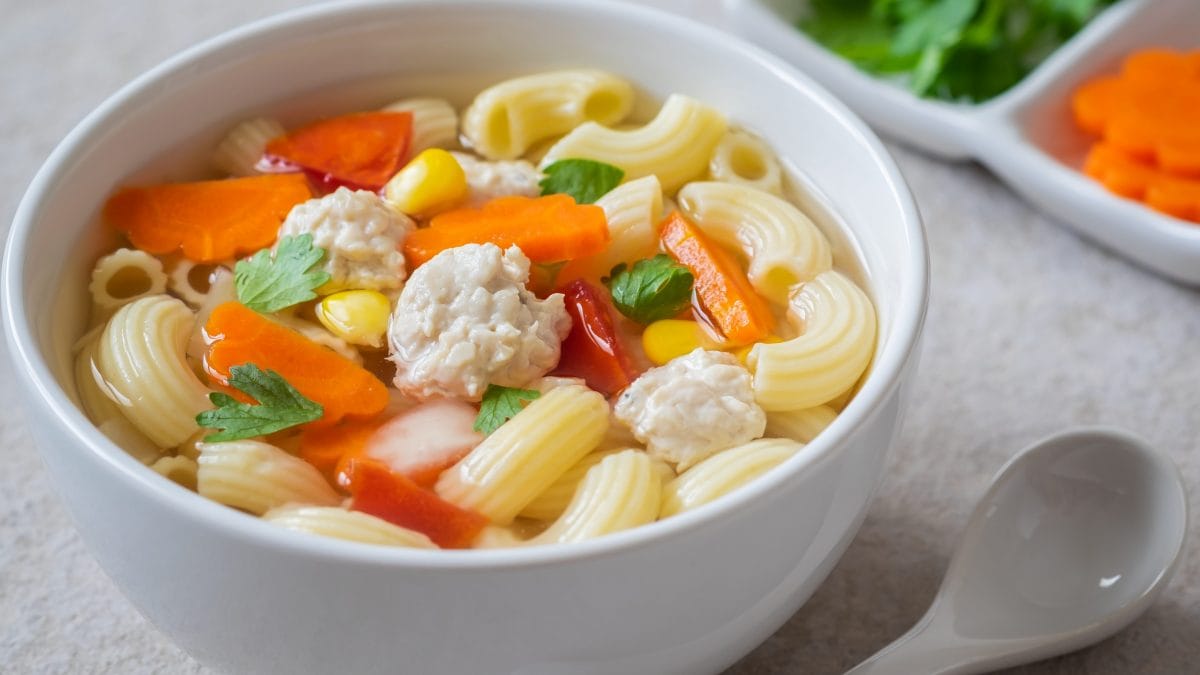 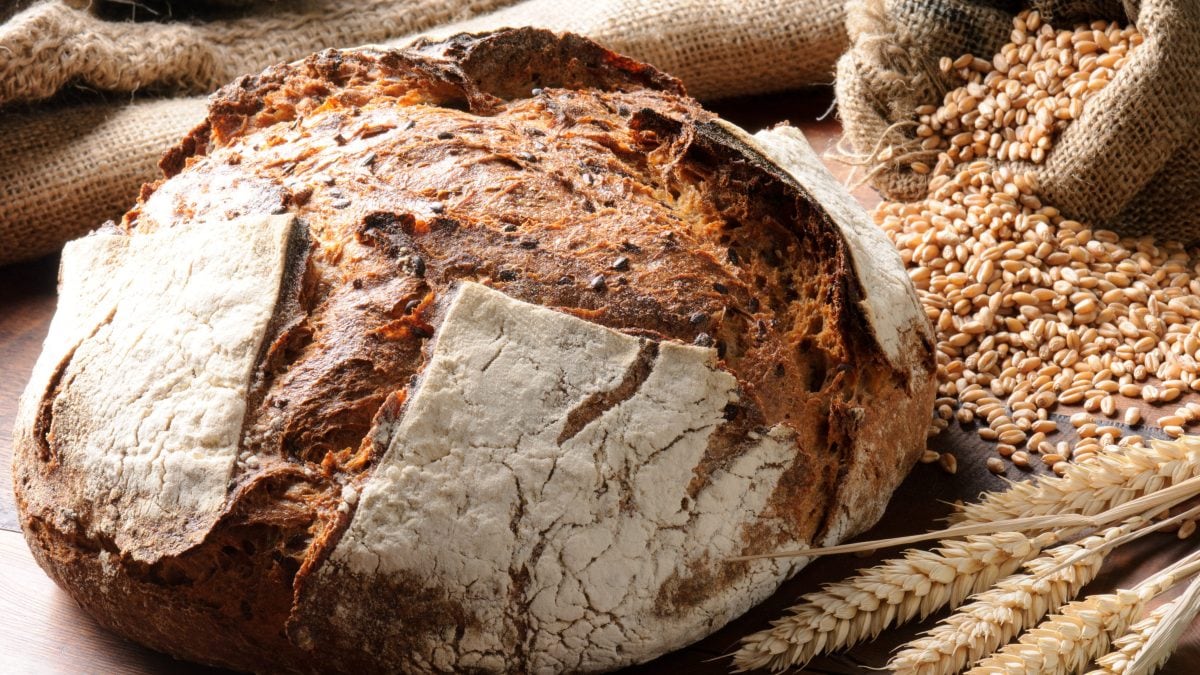