The ketogenic diet (keto for short) has become a big thing, with celebrities and food/fitness blogs getting in on the game with keto recipes and ideas.
Healthy food hacks
by Cookist

The ketogenic diet (keto for short) has become a big thing, with celebrities and food/fitness blogs getting in on the game with keto recipes and ideas.

Keto involves cutting right down on carbohydrates, to only 50g a day or less. This helps the body to achieve ketosis, a state in which it has to burn fat for energy instead of sugars.

Some doctors say that a ketogenic diet can help in treating epilepsy and reducing seizures, but it’s not known exactly why. Animal studies have suggested that keto diets could have anti-aging, anti-inflammatory and even cancer-fighting benefits as well.

A lot of people are using keto as a general weight loss diet, and that is more controversial, with some experts warning against it. They cite unpleasant side effects, health risks, and the unsustainable nature of the diet. Even keto enthusiasts warn that if the diet isn’t done “in the right way,” it can be very unhealthy.

If you’re thinking about starting a keto diet as a way to lose weight, here are some side effects or complications to think about first.

Kristen Kizer, RD, a nutritionist at Houston Methodist Medical Center, says that “Some people report that when they start ketosis, they just feel sick.” She goes on to say, “There can sometimes be vomit, gastrointestinal distress, a lot of fatigue, and lethargy.” She adds that the so-called “keto flu” usually goes after the first few days.

Josh Axe, who is a doctor of natural medicine and clinical nutritionist says that around 25% of the people who try keto experience these symptoms. Fatigue is the most common complication, because your body runs out of sugar for creating energy, and starts using fat. This switch can be enough to make your body feel tired for a few days.

Drinking plenty of water and getting quality sleep can offset the effects of keto flu. Axe also recommends consuming natural energy sources such as matcha green tea, organic coffee or adaptogenic herbs to help your body along.

This can be a common, unpleasant side effect of doing keto, and could be due to the gallbladder, (which produces bile to break down dietary fat) feeling overwhelmed.

Kizer says it can also be down to a lack of fiber in the diet, which can happen when those on keto cut right down on carbs like whole-grain bread and pasta, but don’t supplement their diet with other fiber-rich foods like vegetables. An intolerance to dairy or artificial sweeteners can also cause diarrhea.

There are athletes who swear by the keto diet for both weight loss and improved performance, but Edward Weiss, PhD, associate professor of nutrition and dietetics at Saint Louis University doesn’t agree. “I hear cyclists say all the time that they’re faster and better now that they’re on keto, and my first question is, ‘Well, how much weight did you lose?’”

A study published in the Journal of Sports Medicine and Physical Fitness showed that subjects performed worse on high-intensity exercise tasks after only four days on a ketogenic diet, compared to those who did four days on a high-carb diet. Weiss thinks this is because the body is in a more acidic state when it’s in ketosis, which could limit the ability to perform at peak levels.

Weiss goes on to say that losing a few pounds can give cyclists a huge advantage on a bike, but he’s concerned that people are attributing the benefits of weight loss to something specifically in the ketogenic diet.

Those who suffer from type 1 or type 2 diabetes shouldn’t follow the keto diet unless their doctor has given permission, and they need to be closely supervised, says Kizer, who goes on to add, “Ketosis can actually be helpful for people who have hyperglycemia issues, but you have to be mindful of your blood sugar and check your glucose levels several times a day.”

Ketosis can trigger a dangerous condition called ketoacidosis in people with diabetes, and this happens when the body stores too many ketones (acids produced as a byproduct of burning fat) and the blood becomes too acidic. This can damage the liver, kidneys and brain, and can be fatal if left untreated.

Symptoms of ketoacidosis include dry mouth, frequent urination, nausea, bad breath and breathing difficulties. If you experience these symptoms while on a keto diet, see a doctor right away.

As the keto diet is very restrictive, health experts say it’s not sustainable for the long-term. Axe says it’s best done for 30 to 90 days, followed by a more realistic diet plan, but Kizer says the problem with that is that most people will regain a lot of weight soon after they start eating carbs again.

She adds that this kind of constant weight fluctuation can lead to eating disorders, or worsen an already bad relationship with food. She says that she thinks keto diets appeal to people who have issues with binge eating and portion control, but that what they really need is professional help to get to the bottom of their eating issues.

Loss of muscle mass can also be a consequence of changes in weight on the keto diet, says Kizer. This is especially true is you’re eating more fat than protein, and Kizer says that although you’ll lose weight, it could be muscle you’re losing, not fat. A knock-on effect of this is decreased metabolism, because muscle burns more calories than fat.

Once a person stops a keto diet and returns to a normal way of eating, they can regain much of their original weight – but instead of regaining lean muscle, they’ll be likely regaining fat. This can have long-term implications on your weight and resting metabolic rate.

Axe says that the keto diet shouldn’t be an excuse to eat lots of butter and bacon, and that if it’s done right, it includes lots of vegetables and lean animal protein.

The problem is, some people do see keto as a way to eat a lot of fats and meat without gaining weight, and that’s why many nutritionists and health experts are concerned.

A recent 25,000-person study presented at the European Society of Cardiology Congress in Munich suggested that those on the lowest-carb diets had the biggest risk of dying from cancer, cardiovascular conditions and other health issues.

Axe says that if you’re not eating a nutrient-rich diet including vegetables, herbs, spices and plant proteins and fats, you’re promoting disease in the body. “If you’re just going to eat butter and bacon, I’d rather you not do keto at all,” he adds. 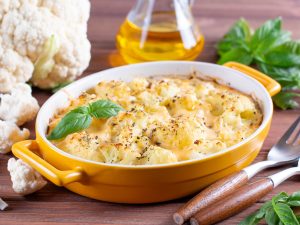 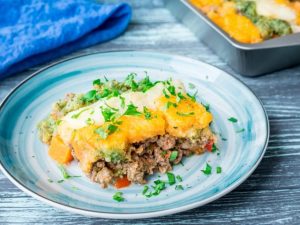 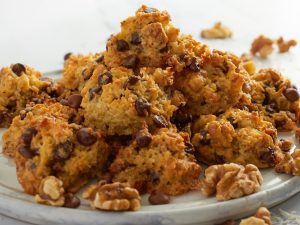 Easy 20min
Keto Magic Choc-Chip Walnut Cookies: crispy on the outside, soft on the inside
424 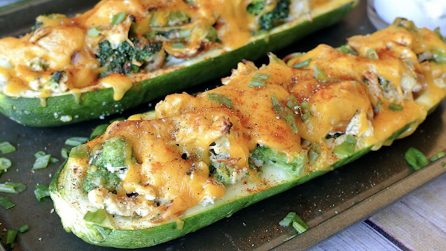 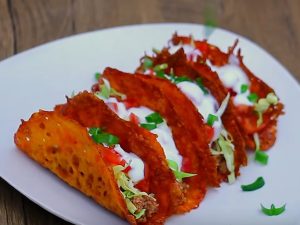