Silky, creamy Baileys chocolate cream pie is the phenomenal tasting dessert you need to make for your next get-together with friends and family. It's a gorgeous pie that's sure to impress. This stunning dessert has a rich chocolatey, boozy flavor thanks to the combination of chocolate and Baileys Irish cream liqueur.

The decadent filling is layered over an Oreo crumb crust and a layer of chopped Oreos in the center of the pie, which offers the perfect foil to that smooth, luscious cream filling. What really takes this Irish cream chocolate pie to the next level is the Baileys whipped cream that's used to decorate it. If you're a fan of chocolate or Baileys, this is one dessert you won't be able to resist!

Baileys chocolate cream pie calls for many of the same ingredients as your classic cream pies. To make the crust, toss crushed Oreos with melted butter. You'll need heavy whipping cream and cream cheese to give the filling its silky, creamy texture.

Baileys, chocolate, and cocoa powder give the pie its signature flavor, while Oreos add a lovely texture. For the whipped cream you'll use to decorate the pie, all you need is Baileys, heavy whipping cream, and some powdered sugar to sweeten it. Delicious!

Whether you're a pie-making pro or have never delved into making desserts in your life, it's easy to make homemade Baileys chocolate cream pie. To start, you'll need to blind bake the crust. Toss the Oreos with melted butter and press the mixture into a pie pan. Bake the crust for 8 to 10 minutes at 325F, then set it out to cool.

While the pie is cooling, beat the cream cheese and sugar in a large bowl until it becomes light and fluffy, then whisk in the Baileys and vanilla. Add in the melted chocolate and cocoa powder, then set this bowl to the side. Next, beat the whipping cream and sugar until you get stiff peaks. Fold that into the Baileys filling, then pour half of the mixture into the pie crust.

Layer the Oreos over the filling, then cover them with the rest of the Baileys mixture. Put the pie in the fridge for 3 to 4 hours, or until it becomes nice and firm. To make that gorgeous, decadent Baileys whipped cream, beat the heavy whipping cream, powdered sugar, and Baileys in a large bowl until stiff peaks form. Pop the whipped cream into a piping bag and decorate the pie with whipped cream.

To really make your Irish cream chocolate pie stand out, garnish it with extra chunks of Oreo cookies, a drizzle of chocolate, and a handful of chocolate chips.

Blind baking the pie crust helps prevent the crust from getting soggy. However, you can skip this step to make a no-bake Baileys Irish cream pie by refrigerating the pie crust for at least half an hour to an hour before assembling the pie.

To make a non-alcoholic version of Baileys chocolate cream pie, try using an Irish cream coffee creamer as a substitute.

Cover or wrap your pie and store it in the fridge for up to 4 days.

Cream pies don't freeze as well as other types of pie (such as fruit pie), so it's not recommended.

Toss the Oreo crumbs with the melted butter until well-combined.

Press the crumbs into the bottom and up the sides of the pie pan.

Bake for 8 to 10 minutes, then remove and set on a wire rack to cool.

Beat the cream cheese and sugar in a large bowl until light and fluffy. Beat in the Baileys and vanilla.

Beat in the melted chocolate and cocoa powder.

In a second large bowl, beat the heavy whipping cream and sugar until stiff peaks form. Gently fold half the whipped cream into the Baileys filling. Once combined, fold in the remaining whipped cream.

Transfer half of the filling to the pie crust.

Place the chopped Oreos in an even layer over the filling.

Layer the remaining filling over the Oreos.

Place the pie in the fridge for 3 to 4 hours, or until it becomes firm.

Use a 9-inch pie pan to make your pie. 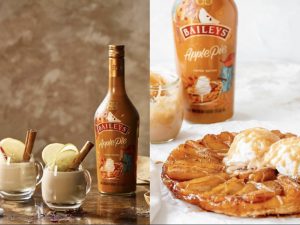 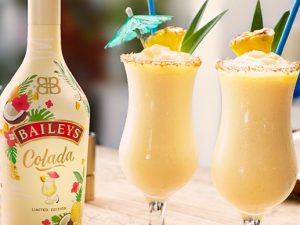 Baileys Launches New Flavor That Tastes Like A Piña Colada
2.081 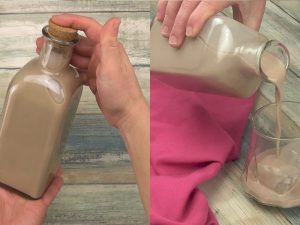 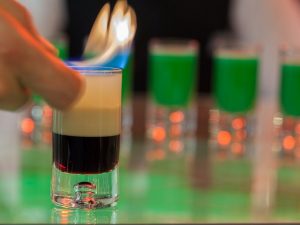 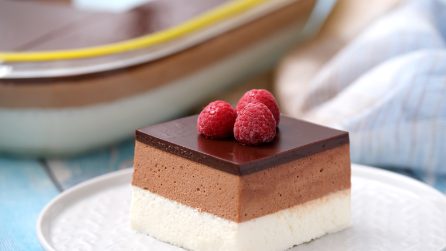 86.721 • by Food Inspiration
No-bake triple chocolate cheesecake: everyone will love this amazing dessert!
951 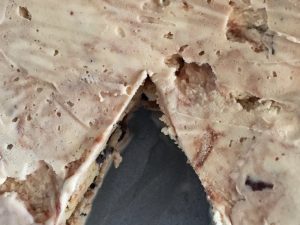