Canned Greens may Have Mildew

There are many reasons why you might consider eating fresh vegetables over canned ones, but did you imagine that mildew would be one of them?
Healthy food hacks
by Cookist

There are many reasons why you might consider eating fresh vegetables over canned ones, but did you imagine that mildew would be one of them?

The FDA Defect Levels Handbook makes for scary reading. This book outlines the maximum levels of defects mass-produced food can have before it is deemed adulterated. When you think about it, it would be surprising if food could be processed on a massive scale without some sort of defects here and there.

For canned greens, the maximum level of defect is “an average of 10 percent or more of leaves, by count or weight, showing mildew over a half inch diameter.” The canned greens they are referring to are greens of the mustard family, which includes collards, mustard greens, turnip greens and often mixed greens.

Now, this doesn’t mean that all canned greens contain mildew on their leaves, it just means that they can officially contain up to 10 percent mildew – and that’s a very unappetizing thought.

According to the FDA, the mildew occurs before the leaves are harvested, so it’s purely an aesthetic problem, not a health issue.

It’s a different matter for canned spinach, however. It’s classified differently because it isn’t in the mustard green family, and you may well be even more grossed out by the defect that canned spinach has. Larvae. Up to “two or more 3mm or longer larvae and/or larval fragments or spinach worms (caterpillars) whose aggregate length exceeds 12 mm are present in 24 pounds” That means that every time you open a can of spinach, you run the risk of eating larvae or ‘spinach worms’…. Chew on that, Popeye!

What other bugs are you eating without realizing it?

• Aphids. These common garden pests are allowable by the FDA in certain numbers on your veggies. The rules vary from vegetable to vegetable, but you can expect about 30 whole aphids per 100g in Brussels sprouts, and around 60 of them in frozen broccoli.

• Canned mushrooms are allowed 20 maggots for every 100 grams of drained mushrooms, according to FDA standards.

• You may be familiar with fruit flies, but did you know you are ingesting these flies in your fruit juice – around five flies in every cup of juice.

• Mushrooms again! Canned mushrooms can contain up to 75 white mites, and these pests can be found in grains and frozen vegetables. 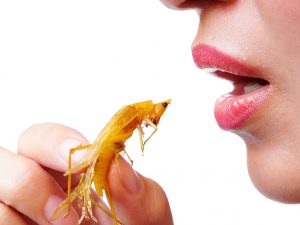 Would You Eat Insects? Here’s Why You Should Consider It!
323 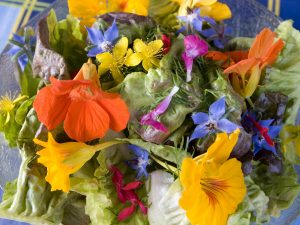 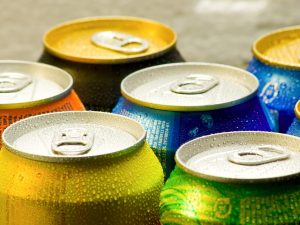 Would You Drink Wine from A Can? Here’s Why You Should Consider It
162 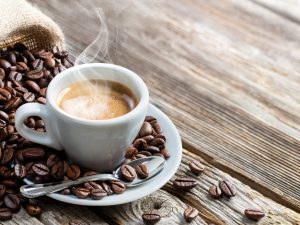 Three cups of coffee a day may have health benefits
15 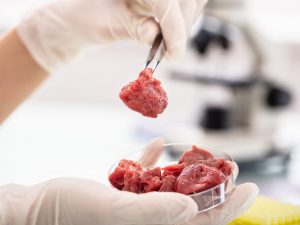 Would You Eat Meat Grown in the Laboratory?
537 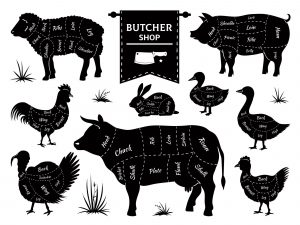