If you've never had gobi Manchurian, you are in for a serious treat. This sensational Indian-Chinese recipe has it all. It's spicy, tangy, sweet, and the best part is that it's very easy to prep and cook. Gobi is Hindi for cauliflower, and this dish is made by battering and deep frying cauliflower and serving it either with a sauce or dry. Both versions are amazingly tasty.

It's crispy, crunchy, and perfect as either an appetizer or snack, or served with some rice or noodles to make it into a main meal.

What is Gobi Manchurian?

Gobi Manchurian is an ultra-tasty Indian-Chinese recipe made with battered and fried cauliflower that's tossed in a rich, flavorful sweet, spicy, tangy sauce, although you can also make dry gobi Manchurian. They both taste wonderful, so it's up to you which you prefer.

How to Make Gobi Manchurian

To make your gobi Manchurian, first, you'll need to boil the cauliflower. Only boil it for 2 minutes, then drain it and run it under cold water to stop it from cooking any further. Set it aside. Mix the flour, cornflour, chili powder, salt, and ginger garlic paste in a large bowl, and whisk in the water until you get a smooth, lump-free batter. Start heating oil in a wok or Dutch oven. While the oil is heating, dip the cauliflower into the batter.

Once all the cauliflower has been battered, fry it until golden brown. Remove the florets from the oven and drain them on a kitchen towel, and set them aside. Heat some more oil in the wok. Saute the garlic, ginger, and chili over high heat, cooking them until they're fragrant. Add the onion and spring onion, then the bell pepper. Cook for 2 to 3 minutes. Stir in the tomato sauce, chili sauce, vinegar, soy sauce, salt, and pepper and cook for 1 minute or so. Whisk the cornflour and water together then pour it into the sauce and cook until it thickens.

Once it's reached your desired consistency, add in the fried cauliflower and toss to combine. Finally, garnish your gobi Manchurian with spring onions and serve over rice or enjoy on its own as a snack!

Can You Bake Classic Gobi Manchurian?

Absolutely! Baked gobi Manchurian is the healthiest way to prepare this mouthwatering recipe. After dipping the cauliflower in the batter, bake them for 15 minutes at 350F, flip them, then cook for another 10 minutes. Make the sauce as instructed, then add in the baked cauliflower.

What to Serve with Gobi Manchurian

Serve gobi Manchurian with steamed rice or fried rice. If you're on a keto diet, you can use cauliflower rice instead. You can also serve it with parathas or roti or even some noodles.

Don't overcook the cauliflower when you're boiling it.

If your sauce is too thin, you increase the amount of cornflour slurry you add to it.

For an even easier way to cook gobi Manchurian fry the cauliflower in an air fryer. Cook them for 15 minutes until they turn golden brown and crisp.

While the ingredients are healthy, frying is a less healthy way to cook food. For a healthier gobi Manchurian, try baking it.

How to Store Gobi Manchurian

Place leftover gobi Manchurian in an airtight container and keep it in the fridge for up to 2 days.

In a large pot, bring the water and salt to a boil. Boil the cauliflower for 2 minutes, then drain and run the florets under cold water. Set aside.

In a large bowl, mix the flour, cornflour, chili powder, salt, and ginger garlic paste. Pout in water and mix until smooth.

Heat oil in a wok or Dutch oven.

Combine 1 teaspoon of cornflour with ¼ cup of water. Set aside.

Heat the oil in a wok. Saute the garlic, ginger, and chili over high heat. Add the onion and spring onion. Add in the bell pepper and cook for 2 to 3 minutes.

Stir in the cornflour slurry. Cook until the sauce begins to thicken. Add in the fried cauliflower and toss to combine.

Garnish with spring onions and serve.

Be sure to run the cauliflower florets under cold water after draining to stop them from cooking further. 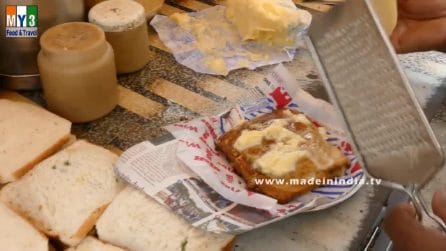 How they make super crispy dosa in an Indian street food joint
Views
7.029 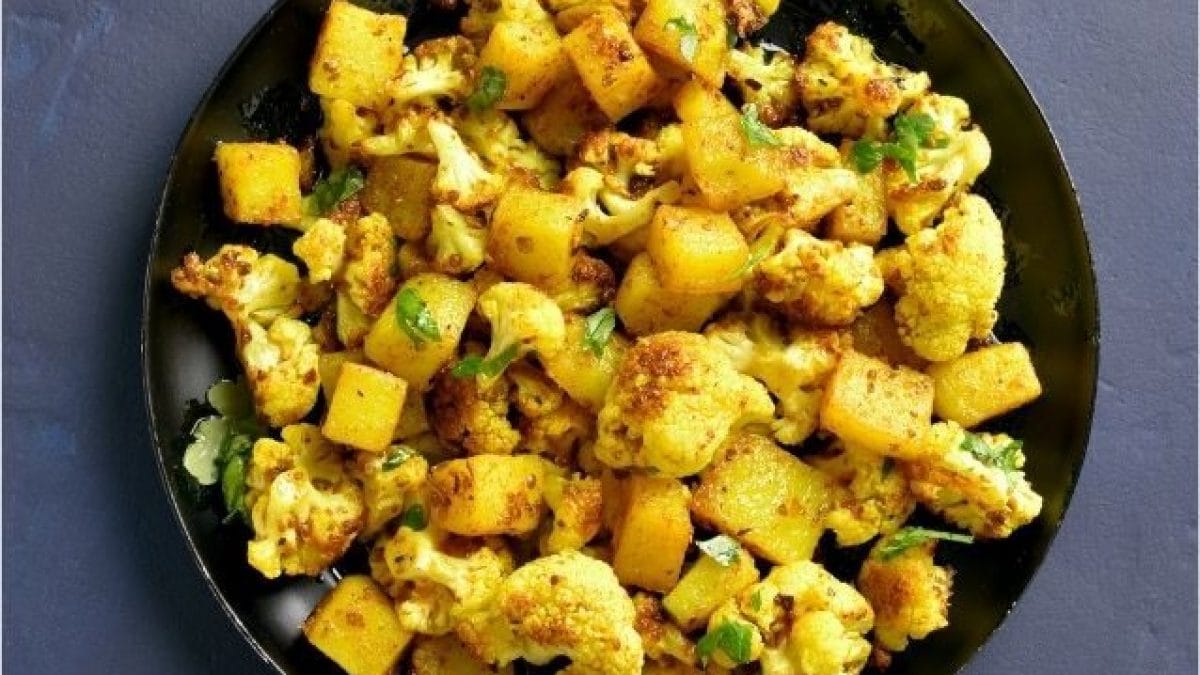