Golden Milk: Healthy Properties of Golden Milk and How to Prepare It

Golden Milk is an Ayurvedic drink based on turmeric and vegetable milk with many healthy properties: it helps to alleviate joint and muscular pains and acts as a true natural anti-inflammatory.
Healthy food hacks
by Cookist

Golden milk is a turmeric drink widely used in Ayurvedic medicine for its many healthy properties: it is rich in antioxidants, it helps to alleviate joint and muscular pains, it purifies the liver, it promotes digestion, it lowers cholesterol, it deflates the stomach and it calms menstrual pains. This is mainly due to curcumin, the active ingredient of turmeric, which works as a natural anti-inflammatory. Yogi Bajhan, an Indian yoga teacher, was the first person to prepare the golden milk, and he suggested his students to drink it to improve performance during training: in fact it helps to improve the elasticity of the joints, thus allowing to maintain the positions longer. But let’s discover all the healthy and therapeutic virtues of golden milk and how to prepare this portentous elixir for the well-being of our entire body.

Healthy properties of the Golden Milk

Golden milk owes its benefits mainly to turmeric, an oriental spice that is used in Ayurvedic medicine thanks above all to the benefits of curcumin, increasingly studied by science because of its many healthy properties: first of all the antioxidant and anti-inflammatory properties. But here are all its benefits.

Golden Milk is antioxidant and it helps to relieve joint and muscular pains: curcumin plays an antioxidant action that helps to counteract the harmful effects of free radicals, slowing down cellular aging. This effect is also very important to alleviate joint pains, back pains, muscle pains and, in general, all disorders related to the joints: its action is in fact to lubricate the joints and the vertebral column. This is why golden milk is highly recommended for athletes of all ages.

Golden milk cleanses the liver and alleviates menstrual cramps: golden milk, thanks to the presence of turmeric, is excellent for purifying liver and blood: it improves liver activity and contributes to the purification of the lymphatic system. Even girls and women suffering from menstrual cramps will benefit from the turmeric golden milk: in fact, golden milk has an antispasmodic action, reducing in a short time the pains caused by the menstrual cycle.

Golden milk helps in case of coughs, colds and respiratory disorders: drinking a cup of golden milk helps to calm the cough and reduce the symptoms of colds thanks to its antibacterial and antiviral properties, also alleviating respiratory disorders especially if related to problems such as sinusitis, asthma or bronchitis. In case of a sore throat, however, the ideal is to take a small ball of turmeric paste, which is prepared to make the golden milk, and ingest it with a glass of water twice a day until complete healing.

Golden milk promotes digestion and reduces cholesterol: golden milk is also recommended in case of slow digestion and helps to prevent problems of the digestive and intestinal system such as indigestion, ulcer, colitis and diarrhea. In addition, golden milk would also help reduce bad cholesterol (LDL) in the blood by preventing cardiovascular disease.

Golden milk increases the immune defenses and regulates the metabolism: all the healthy substances contained in the golden milk help to increase the immune system thanks to its anti-viral, anti-fungal and anti-bacterial properties, thus reducing the possibility of getting sick. Thanks to turmeric, golden milk is also useful for regulating metabolism favoring the maintenance of a proper body weight: golden milk can therefore also help in case of overweight or obesity.

The Recipe to Prepare the Golden Milk and When to Consume It
The golden milk is prepared with turmeric paste, that must prepared before the golden milk and then stored in the fridge for 40 days. To prepare the turmeric paste you need: 1/4 cup of turmeric powder, 1/2 cup of water and a pinch of pepper. Put all the ingredients in a small saucepan and cook over low heat until the mixture has a solid consistency. Let the pasta cool and store it in the refrigerator inside a sterilized jar. For the preparation of the golden milk, you will just need to take 1 or 2 teaspoons of vegetable milk paste every time, which will also give the drink its characteristic golden color.

The Recipe of Golden Milk

Golden milk is usually prepared with vegetable milk, even if the Ayurvedic recipe uses cow's milk. But here are the ingredients to prepare turmeric milk:

1 cup of vegetable milk of your choice (soy, rice, etc.)
1 or 2 teaspoons of turmeric paste, that you have previously prepared.
1 teaspoon of sweet almond or coconut oil (for food use).
1 pinch of cinnamon or ginger.
1 teaspoon of honey to sweeten.

Add together milk, turmeric paste and almond oil, and blend well. You can also put them to heat on the stove blending continuously for a couple of minutes before pouring it into the cup, just avoid bringing it to a boil. Then add cinnamon or ginger and honey, choosing the ingredients according to your personal tastes.

When to consume it?
Golden milk should be consumed without exaggeration to avoid side effects, especially in case of inflammatory states: the recommended dose is one cup a day, preferably in the morning on an empty stomach, for 40 days. 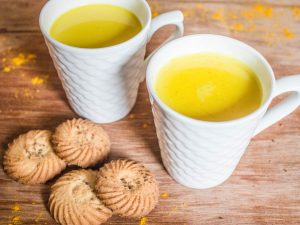 Easy 10min
Golden milk: The most delicious beverage to comfort and heal your body!
276 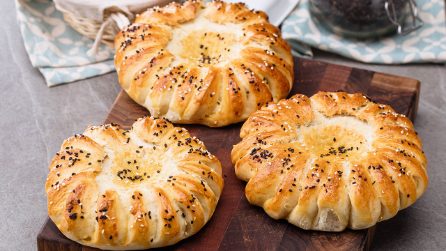 82 • by Food Inspiration
Golden buns: to serve on special occasions! 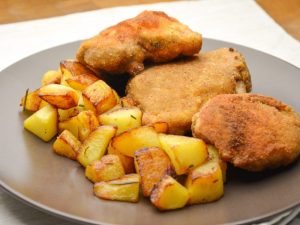 Easy 50min
Crispy chicken thighs: the recipe for a golden and irresistible dish
188 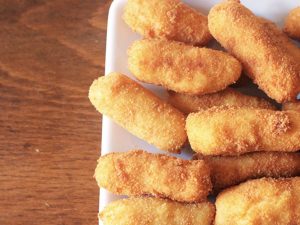 Easy 25min
Potato croquettes: the recipe for making them golden
400 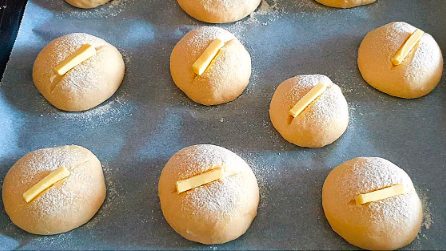 31.847 • by Recipe ideas
Golden bread rolls: the tip to make them crispy and delicious
391 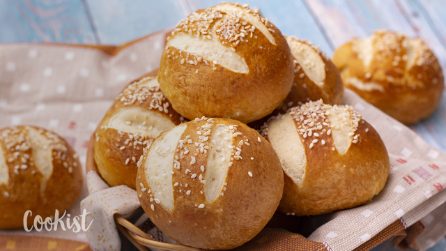