Hoppin' John is a classic Southern recipe very easy to prepare. Also known as Carolina peas and rice, this dish is packed with smoky flavor thanks to the wonderful combination of simple ingredients like black-eyed peas, smoked ham hock, white rice and onion. Hoppin' John is a very popular recipe usually served at New Year's Eve as a symbol of good luck: black-eyed peas are seen as a symbol of coins, while green vegetables are meant as American dollars.

The origins of this recipe are still uncertain, it can be traced back to Colonial times when African slaves brought it to America. Even the name Hoppin' John is unknown where it came from. Although some claim the name is a tribute to an old man who sold peas and rice in Charlestone, historians believe the name Hoppin' John simply derives from the creole term pois pigeons.

How to make Hoppin' John

Soak black-eyed peas in cold water up to overnight.

In a saucepan with water, add the peas making sure to remove any that float.

Bring peas to a boil and add chopped ham hock, onion and pepper. Cook for 90 minutes or until tender.

Add the rice, cover and simmer over low heat for another 20 minutes.

Turn off the heat, but do not remove the lid, and allow to continue cooking for extra 10 minutes.

Finally, remove the lid and stir before serving. Enjoy!

You can eat leftover Hoppin' John the day after New Year's Eve as well. Enjoy it as a main dish with the name Skippin' Jenny, and serve it with cornbread, corn tortillas or a light green salad.

If you want, you can replace smoked ham hock with bacon or even sausage like in the Louisiana recipe. Before adding it to the pot, cook it in a skillet until crispy.

If you don't have black-eyed peas on hand, you can also use other drained beans.

Try other variations of the traditional Hoppin' John. For a spicier flavor, add cajun seasoning or Louisiana hot sauce.

If you're in a hurry, you can make Hoppin' John in Instant Pot. Add in all ingredients and 5 cups of water, set the pressure cooker on High and let it cook for 20 minutes. 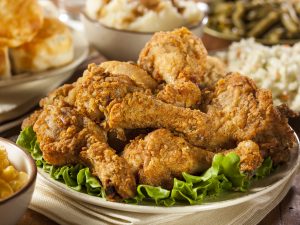 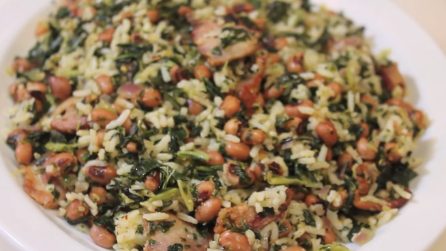 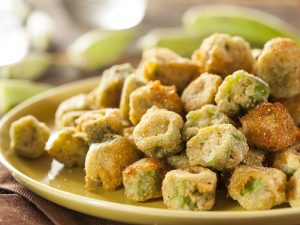 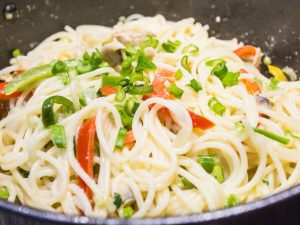 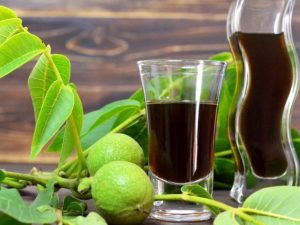