Rob Roy Cocktail: the recipe of the drink made of scotch whisky

The Rob Roy cocktail is a strong cocktail with a reddish color, considered the "twin" of Manhattan cocktail: the recipe is almost the same, but instead of American rye whisky, it is used Scotch whisky, mixed with vermouth and a drop of Angostura. It is said the name of the drink is a homage to the Scottish revolutionary hero, Robert Mac Gregor, known as Rob Roy because of his red hair and famous for the novel written by the Scottish writer Walter Scott. However, the cocktail was probably created by a New York bartender at the end of the 1800s, for the premiere of the homonymous opera on Broadway in 1890. Let's find out how to make the Rob Roy to perfection.

How to make Rob Roy Cocktail

Place the ice in the mixing glass with the scotch whisky, vermouth and angostura.

Stir with a bar spoon and strain into a chilled glass.

– To make Rob Roy cocktail use quality distillates: it is important to use only Scotch whisky which gives the aperitif a spicy wood aroma. Moreover, it is important to blend the ingredients in a mixing glass, in order to have an excellent cocktail.

– You can also serve the Rob Roy cocktail in the low tumbler and replace the maraschino cherry with lemon zest.

– The Rob Roy is an aperitif you can also serve with red meat dishes, thanks to its strong flavor and slightly sour aftertaste.

– If you love whisky based drinks try also Old Fashioned, made of whisky, sugar cube and angostura, or whisky sour, made of bourbon whiskey, lemon juice, sugar and egg white, which is served in an old fashioned glass with ice. 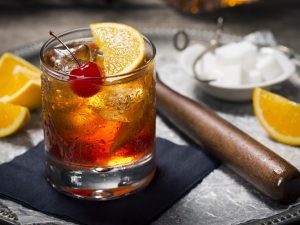 Easy 5min
Old Fashioned: the recipe of the elegant cocktail
9 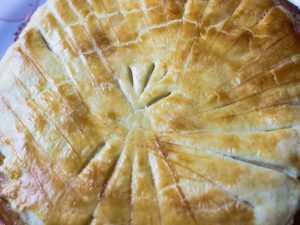 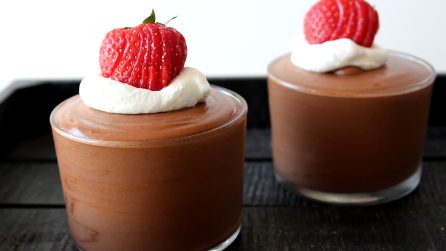 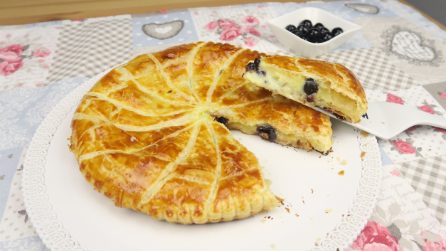 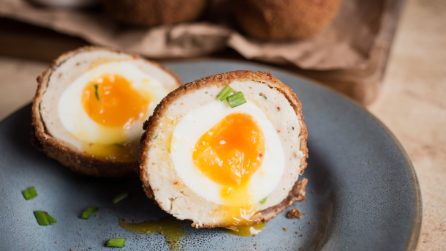 536 • by Food Inspiration
Fried scotch eggs with chicken: an easy and delicious version!
230