Stuffed Mini Focaccia with Ham and Cheese: the recipe for delicious small sandwiches

The stuffed mini focaccia with ham and cheese are soft small sandwiches perfect for any occasion: an aperitif with friends, a dinner full of good taste or a genuine snack for the little ones. Simple and quick to make, this is the smaller and tastier version of classic focaccia bread.

The basic dough is similar to that of pizza and contains a delicious stuffing in which the flavor of the ham and that of dried tomatoes is balanced by the delicacy of the stracchino cheese, which will make everything stringy and irresistible. So let’s find out how to make these delicious mini focaccia step by step.

Mini focaccia are great when served hot, but they remain just as tasty even at room temperature.

With the leftover dough from the cut of the discs, you can make breadsticks or small white pizzas to accompany meats and cheeses.

You can also prepare stuffed mini focaccia with instant yeast for pizzas, so as to significantly reduce preparation times. Alternatively, if you are in a hurry, you can also prepare this recipe without leavening and cooking in a pan.

You can vary the stuffing of the focaccia according to your tastes or what you have available at home. As an alternative to stracchino cheese, you can add a sweet caciotta cheese, a little mozzarella cheese or robiola cheese. Instead of cooked ham, you can add raw ham or a few pieces of spicy salami. If you want to prepare some vegetarian focaccia, leave out the meat and just add the cheese and dried tomatoes.

How to store Stuffed Mini Focaccia with Ham and Cheese

The mini focaccia can be stored in the refrigerator, placed in a special container with an airtight seal, for a maximum of 24 hours. You can also prepare them in advance and heat them if necessary in the microwave oven or normal oven. You can also freeze them already baked and put them in a preheated oven at 320° F, until they are golden and crunchy.

How to make Stuffed Mini Focaccia with Ham and Cheese

In a large bowl pour the water and add the brewer's yeast and sugar, then dissolve well and then add flour and oil (1). Start working the dough.

Transfer the dough to a pastry board and knead vigorously for at least 10 minutes (2), until it is smooth and free of lumps.

Form a loaf (3), cover the bowl with a sheet of cling film or a clean cloth and let it rise for about 3 hours, or in any case until the initial volume is doubled.

After the leavening time, roll out the dough with the help of a rolling pin and cut out many discs with a pastry ring (4).

Stuff half of the discs with cooked ham and a little stracchino cheese (5).

Add the dried tomatoes, cut into small pieces, and close with the remaining discs (6).

Seal the discs of dough well and, with the help of the same pastry cutter used previously, remove the dough in excess (7).

Grease a baking sheet, place the mini focaccia inside and brush with a little oil; sprinkle them with a little rosemary and bake at 400° F for 12-15 minutes. Once cooked, take them out of the oven and serve (8). 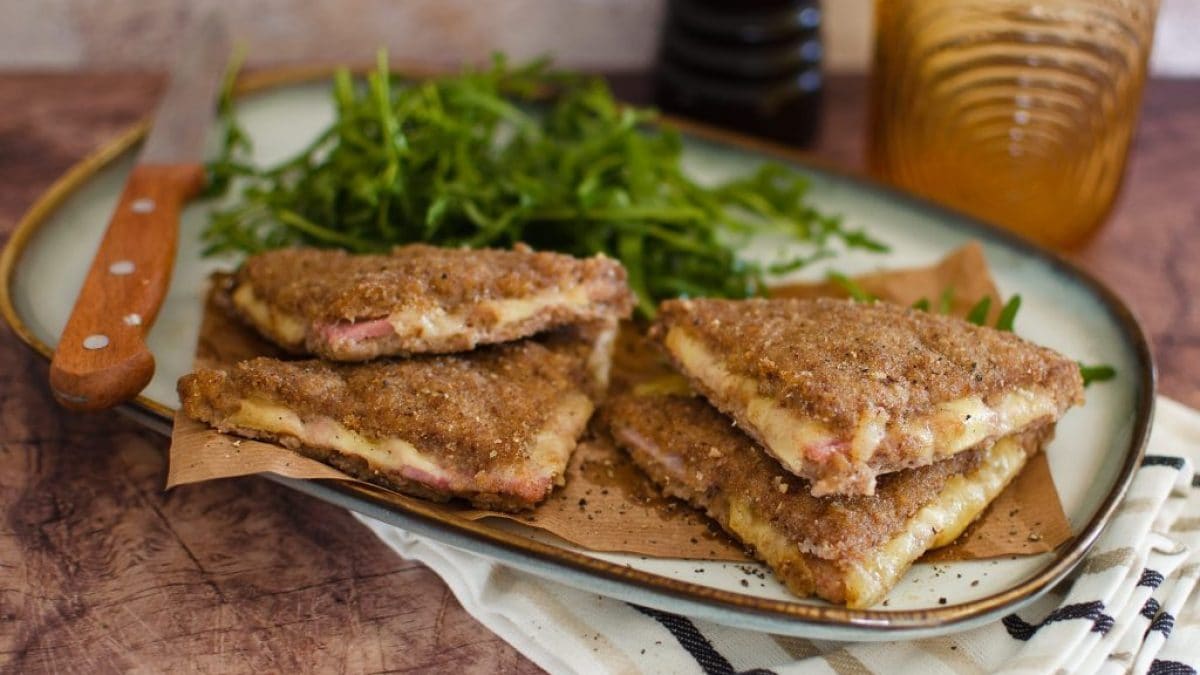 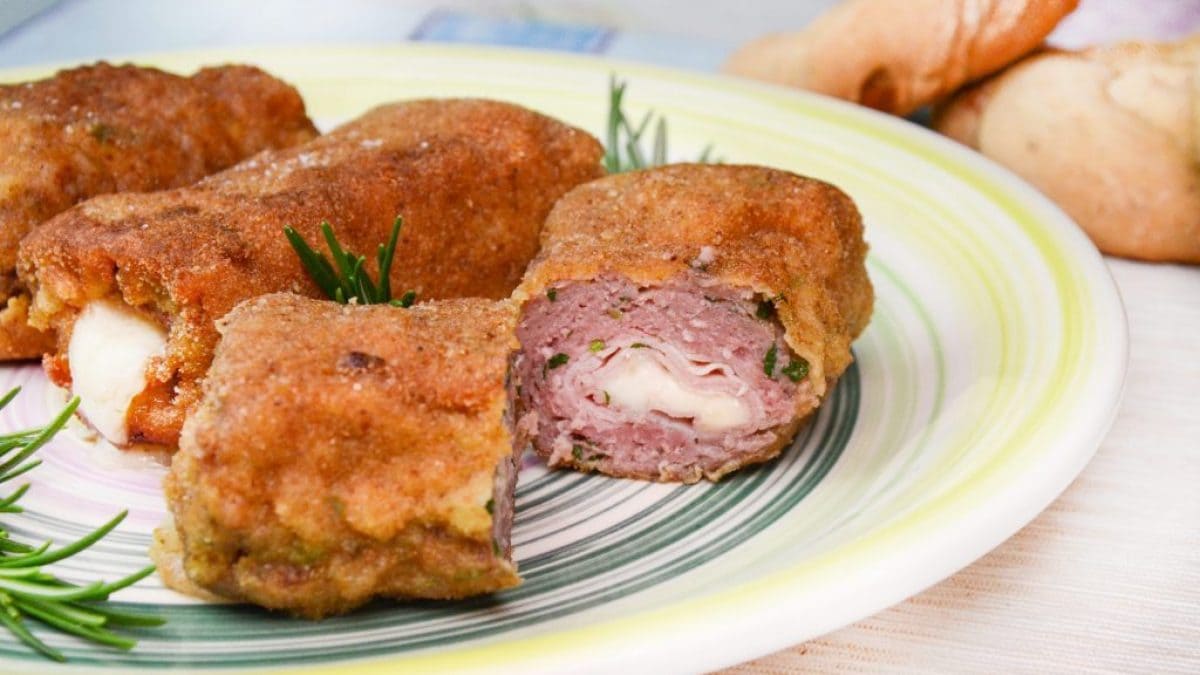 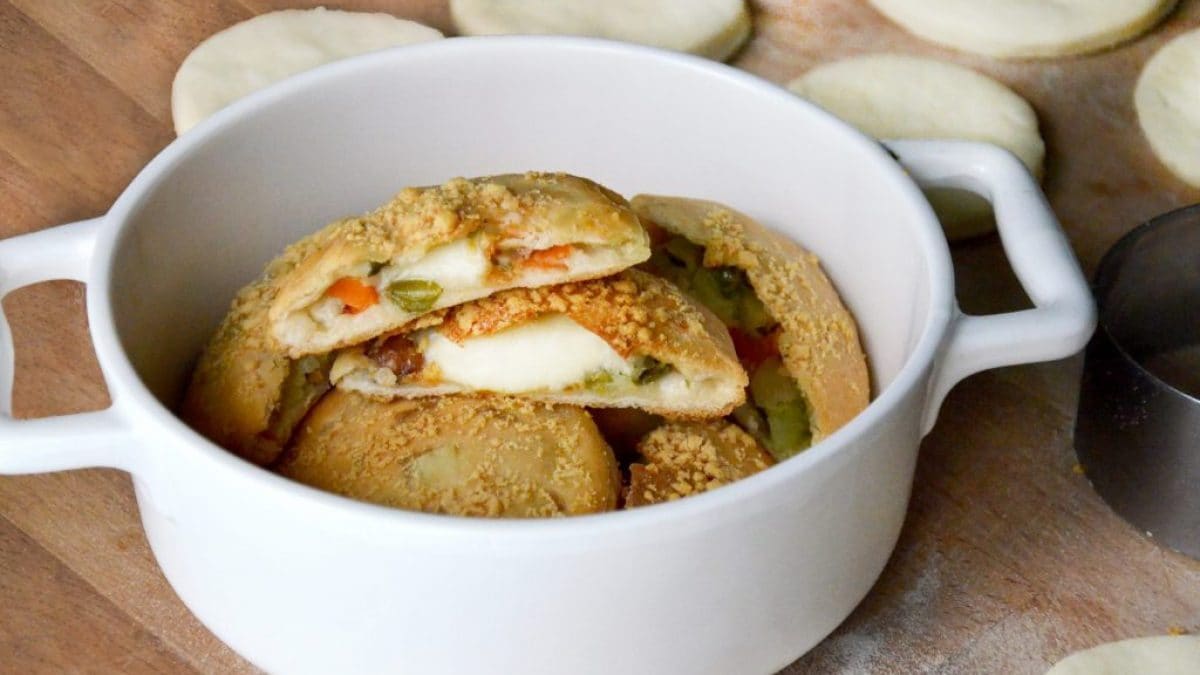