The differences in food preferences of Prince Harry and Meghan Markle

Here are some secrets of the eating habits of the expecting mother and her better half.
Food news
by Cookist

The royal wedding of Prince Harry to Meghan was one of the most talked about weddings of last year. Here are some secrets of the eating habits of the expecting mother and her better half.

The inner circle of the royals has always been very exclusive and it has been strongly hiding the secrets of how royals live. Apart from knowing mere vague details about the amazing spread of the recent wedding ceremony and Christmas dinner, the Royals have not revealed much regarding their food preferences and eating habits.

Here are some tit bits from the former royal chef regarding the food preferences of Prince Harry and Duchess of Sussex. The chef shared that Meghan has a great liking for healthy eating and she loves to have her preferred quinoa on the dinner table.

Harry loves the traditional British food preparations, particularly the shepherd’s pie that is prepared using the lamb from Highgrove estate of Prince Philip. Even for their wedding, Prince Harry tried to highlight the local delicacies and include dishes from the royal estates, such as venison from Sandringham, peaches from Windsor, and growl from Von Moral.

For their wedding, the healthy eating preference of the duchess was showcased at a lavish scale as she chose to serve a sponge cake with elder flower, lemon, and cream cheese frosting. Harry on the other hand likes, traditional food preparations, such as a caramel banana cake for dessert.

The Queen Banned Meghan Markle From Eating This One Food – But Why?
145 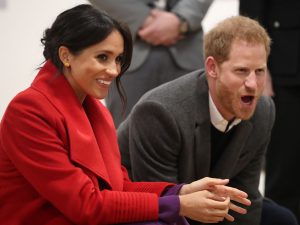 The recipe of bolognese pasta with zucchini by Meghan Markle
127

Four Lifesaving Hacks For When You Run Out Of Baking ingredients!
212 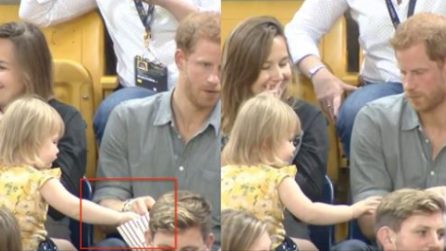