Isn’t it charming to find that your favorite singer or actor has much more than a stunning talent or appearance, but that he/she also has a warm heart? Read on to find out the celebrities that have donated to food banks as the coronavirus pandemic intensifies. The list includes A-list entertainers that have magnanimously given to help the less privileged at this time.
Food news
by Cookist

Via her successful beauty line, Haus Labs, the world-famous singer shared that she will be donating to help local food banks. The announcement was posted on Haus Labs’ official Instagram on March 16, where they shared that all the proceeds from “last week's sales” will benefit local food banks in New York City and L.A.

The reputable television host also took to Instagram to encourage followers to give by sharing that he and his family have donated to Feeding America. He further disclosed that this is an effort targeted at the world’s most vulnerable populations right now.

Over years of reputable performance in the beauty and entertainment industries, Rihanna has raked up millions. The stunning singer is no newbie to charity. Still, most recently, her education and emergency relief non-profit, the Clara Lionel Foundation, donated a whopping $5 million across multiple organizations fighting COVID-19–including Feeding America.

How sweet is that!?

When it comes to the world of charity, the iconic star turned politician, is best known for his non-profit organization, After-School All-Stars, which usually offers after-school activities for kids. Now, it has joined hands with Tiktok to help deliver food to needy families.

Next up is one of Hollywood’s power couple, Blake Lively and Ryan Reynolds. Together, they have donated $1 million to Feeding America and Food Banks Canada so that they can help older adults and low-income families who can be labeled victims of the pandemic.

Furthermore, Reynolds is donating 30 percent of Aviation gin proceeds to bartenders who are no longer willing because of the coronavirus.

Famous basketball star Steph Curry and his wife, Ayesha, took to social media to disclose that their “Eat.Learn.Play. Foundation” is donating to the Alameda County Community Food Bank to help the thousands of children that generally rely on school for 2+ meals daily in Oakland.

Via Twitter, Timberlake announced that he has donated to Mid-South Food Bank, an organization in his hometown that provides food to families in the mid-South. He finished off by imploring others to give the little they can to “support local communities” by donating food.

Ciara and her sports star hubby, Russell Wilson, have donated 1 million meals to Seattle’s Food Lifeline. As Timberlake did, they also encouraged others to support local food banks.

The actress duo teamed up to raise funds for Save the Children and No Kid Hungry to “shine a spotlight on kids across the country who need our help and support during this difficult time,” Amy Adams wrote in an Instagram post.

There are a few other notable celebrities that have donated to food banks; the list further includes Vanessa Hudgens, Eric Stonestreet, and Brad Paisley. If your favorite stars don't help you get on the sharing spirit, who will? 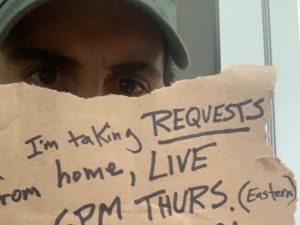 Brad Paisley’s, “The Store” Now Delivers Food To The Elderly Amid Coronavirus Pandemic
1.215 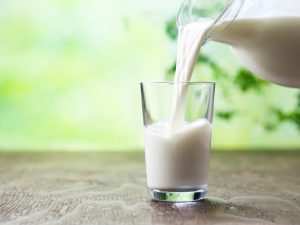 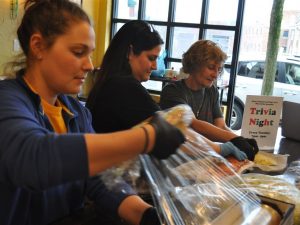 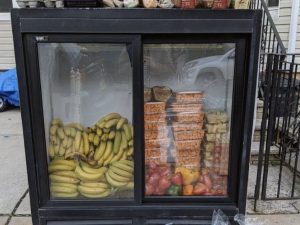 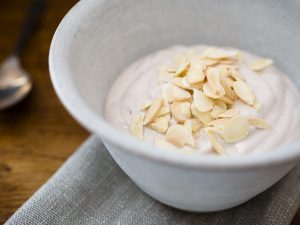 Almonds and egg whites: the 5 foods to calm down hunger and feel full
509 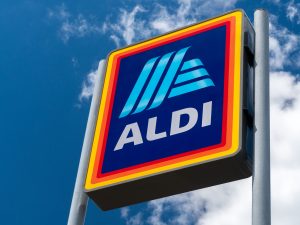